Home / WORLD / ‘Vote like your life depends on it’: Lady Gaga doubles down on Biden support after bizarre can-crushing promo video

‘Vote like your life depends on it’: Lady Gaga doubles down on Biden support after bizarre can-crushing promo video 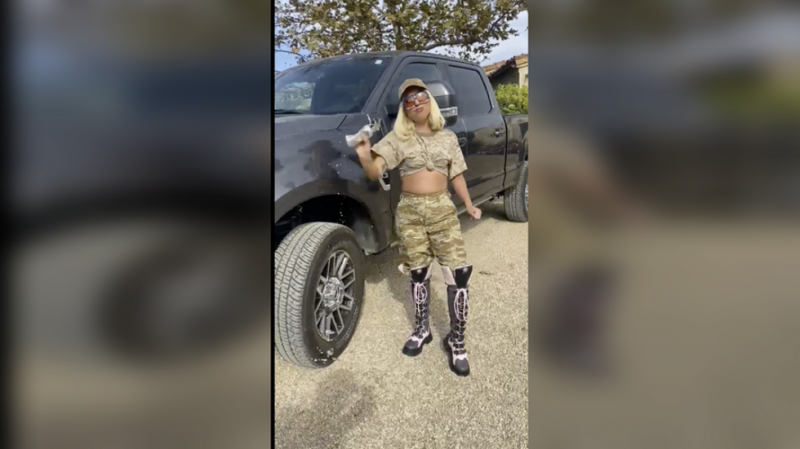 The singer stood fast in her support for Biden late on Monday night, after the president threw some shade her way during his own rally the same evening. “Vote like your life depends on it, or vote like your children’s lives depend on it, because they do,” Gaga told the audience at a Pennsylvania rally for the Democrat.

“It’s going to be clear what this country is, tomorrow,” she said ominously.

Trump had condemned Gaga in vague but unmistakable terms, stating that she was “not too good” and insisting he “could tell you stories about Lady Gaga. I know a lot of stories.”

On Monday morning, he tweeted that the singer was a member of “Artists Against Fracking,” holding up her participation in the group – founded by Beatles widow Yoko Ono in 2012 – as proof Biden would ban the controversial energy extraction practice. Ono’s son Sean Lennon listed Gaga as one of the group’s members during a 2012 television appearance.

The criticism was inspired by a brief but bizarre promo spot Gaga tweeted on Saturday in which she seemed to be trying to shoehorn as many working-class American tropes into 30 seconds as possible.

Clad in a camouflage crop-top and fatigues topped off with a baseball cap, the spot sees Gaga popping a Pabst Blue Ribbon beer while leaning on a gigantic pickup truck and declaring she is “voting for America, which means [she is] voting for Joe Biden.” She makes a stilted appeal to multiple swing states, telling viewers to vote Biden if they live there, or to encourage friends who live there to vote Biden.

After taking a single sip of the beer, Gaga crushes the can and throws it on the ground, flipping off the camera and deadpanning “Cheers to the 2020 election.”

Even Gaga’s fans raised their eyebrows at the video, with many telling her to stick to music and performing. Some of the most entertaining responses were from Trump supporters, however, a few of whom posted their own versions of the Gaga spot.

The president’s communications director, Tim Murtagh, also tore into the chart-topping performer over the video (and her activism in general), declaring her bizarre pandering was proof of the candidate’s “disdain for the forgotten working men & women of PA.”

Murtagh echoed Trump’s concerns that Gaga had a history of anti-fracking activism, declaring, “This desperate effort to drum up enthusiasm for his lackluster candidacy is actually a sharp stick in the eye for 600,000 Pennsylvanians who work in the fracking industry.”

Gaga hit back at Murtagh on Twitter, sneering that she was “GLAD TO BE LIVING RENT FREE IN [Trump’s] HEAD.”