Voronin became a scout for the national team of Ukraine 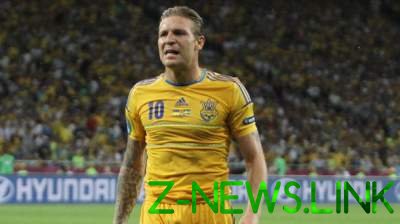 The ex-striker of Bayer Leverkusen and Liverpool Andriy Voronin joined the coaching staff of the national team of Ukraine.

Voronin has signed a contract with the football Federation of Ukraine till the end of the qualifying round for the 2018 world Cup. This information in comments for a portal “Football.ua” confirmed Advisor to the coaching staff of the national team of Ukraine Mykola Vasilkov.

“Yes, indeed, Andriy Voronin will cooperate with the national team, he will play the role of a scout, to review candidates for the national team to attend games. He is an experienced specialist who knows the team and players.

The number of Ukrainians in foreign leagues has increased, and at the same time on the weekend happens several duels, which are of interest for the coaching staff of the team. Shevchenko, Maldera and Tasotti to attend all the games do not physically have time.

What is the term of the contract? Until the end of qualifying,” said cornflower.

It is expected that Voronin will focus on the review of candidates for the national team of Ukraine from the Championships of Germany and neighboring Belgium, where they played Yevhen Konoplyanka, Andriy Yarmolenko, Vladlen Yurchenko Ruslan Malinowski, Philip Budkovskyy and others.

The Ukrainian team in the qualifying cycle for the 2018 world Cup left to play two matches against Kosovo and Croatia. Only six points in two games will allow the team of Andriy Shevchenko to continue the fight for a ticket to the world Cup.