Volodymyr Groysman said, how much increased local budgets through decentralization 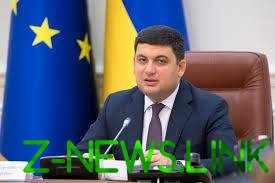 For 2017, local governments have increased to 170 billion through fiscal decentralisation and own revenues 366 consolidated territorial communities has increased 1.8 times. This was stated by Prime Minister of Ukraine Vladimir Groisman.

“Beginning in 2014, the reform of decentralization remains a priority for the government. According to data of the Association of cities of Ukraine, 2017 financial decentralization has ensured the growth of local budgets of 170 billion UAH, and own revenues 366 consolidated territorial communities that are created as a result of reforms and brought to intergovernmental relations, increased 1.8 times,” – the press service quoted the words of the head of the government.

No less important, in the opinion of Groisman, is the involvement of local authorities to fundamental changes that now take place in the education system, medicine, in the field of energy efficiency.

He stressed that the government is ready to make efforts to support the regions, primarily through the resources of the State regional development Fund. The state budget for the year 2018 provides for a 6 billion appropriation for DRR. Subsidy for the infrastructure of the United territorial communities will be 1.9 billion UAH.