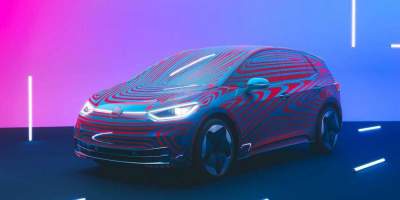 In the list of options already mentioned multimedia complex with voice control and navigation, a projection display.

The company Volkswagen, as promised, opened pre-orders for the first model of a family ID.

Within 24 hours Volkswagen has received more than 10,000 registrations (with a Deposit of about 1000 euros) for the model Volkswagen ID.3 1ST.

The Volkswagen explained where the index of the model took the number 3. First, it is an indication of belonging to the segment: electric cars with a smaller index will be more compact and Vice versa (VW has already registered the indexes from 1 to 9). Second, three of the official statement serves as a hint to the third great Chapter in the history of Volkswagen after the Golf and Beetle.

“At that time, as the Beetle once did mobility available to the masses, and the Golf as class leader in every generation demonstrates great innovation, ID will make electric vehicles available to a wide range of buyers,” according to VW.

The acronym is now deciphered as Intelligent Design (“intelligent design”) and IDentity, i.e. “identity” or “individuality”.

The official premiere of the VW ID.3 is scheduled for exhibition in Frankfurt: therefore, despite the start of the reception of orders, the hatchback appears in the Network covered by the brand’s signature camouflage. Meanwhile, the producer confirmed that the electric car will be sold in three versions with batteries of different capacity, and will start selling special versions on behalf of the 1st (“first”), which will release in the amount of 30 000 copies at a price reportedly less than 40 000 euros.

In the list of options already mentioned multimedia complex with voice control and navigation, head-up display with augmented reality, two-color interior, panoramic Windows and large rims. In addition, you can select one color out of four.

VW ID.1st 3 will get a 55-kilowatt battery with a cruising range of 420 km is the middle option of those that VW plans to offer the hatch. There are also battery 48 kWh (330 km) and 62 kWh (550 km), but in selling such ID.3 will be late to order them after the official premiere of electrodata. Motor for all variants, there is only one that develops 170 HP

Delivery ID.3 the Germans expect to start a few months after the beginning of the confirmation of orders, and production starts in late 2019. 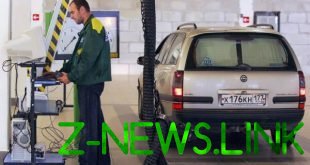