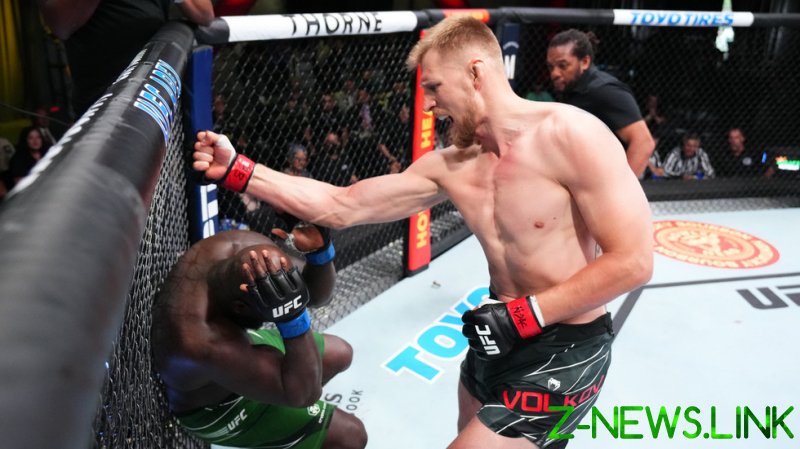 Alexander Volkov returned to winning ways by scoring a knockout victory over Jairzinho Rozenstruik which some fans felt was called too early by referee Herb Dean in the headline bout at UFC Fight Night in Las Vegas.

Volkov was making his first appearance in the octagon since being stopped in the first round by heavyweight contender Tom Aspinall in London back in March.

This time round, the Russian also finished his foe at the same stage of the fight but a good minute and a half earlier than Aspinall disposed of him.

At 2:12, Dean stepped in when the 6-foot-7 giant let off a massive left hook that sent Rozenstriuk’s mouthpiece flying out and then followed that up with a combination of rough blows.

“I know that he does not have good defense [at that moment], back to the cage,” Volkov remarked after. “I just see him go to the cage and just go forward for the knockout. Good fight.”

Volkov expressed a desire to “go forward” in the heavyweight division and said he was waiting for his next fight while “ready for anything”.

Rozenstruik protested the stoppage, which was Volkov’s fastest over six years with the UFC,  and opinion was split online as to whether it had come too early.

“What the f*ck was Dean doing?” asked another.

Defending Dean, however, someone else said that a fighter can’t go into the fetal position and expect a different outcome.

“You forfeit your claim to want to continue fighting when you do this,” it was added.

Volkov’s feat capped off a successful night for Russian fighters in Vegas, with Movsar Evloev seeing off Dan Inge with a decision win in the last fight before the headline bout. 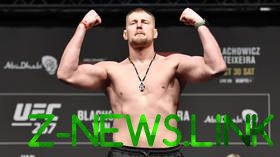 Earlier than that in the evening, Rinat Fakhretdinov created what some dubbed a “horror film” scene when landing an elbow on his opponent Andreas Michailidis’ ear which caused blood to splatter all over the octagon floor.

After three rounds had concluded, Fakhretdinov was awarded a unanimous decision win on his UFC debut with scores of 30-27 and 30-26 twice.