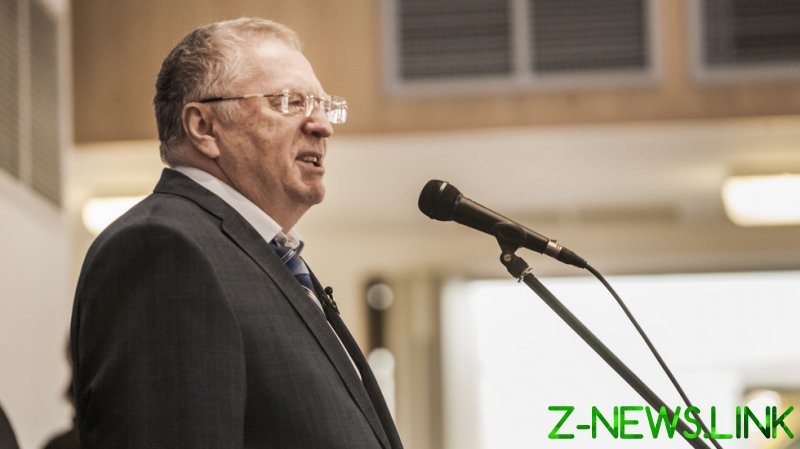 Vladimir Zhirinovsky, the long-serving firebrand leader of Russia’s parliamentary opposition LDPR party, died on Wednesday in Moscow, aged 75. He had spent over two months in hospital, suffering with coronavirus.

Known for his outspoken nationalist views, he had long been the country’s most popular non-governmental political figure, according to opinion polls. A staple on national television shows, his aggressive views on foreign policy and populist utterances on domestic concerns appealed to a considerable constituency.

His death was announced on Wednesday by State Duma speaker Vyacheslav Volodin, who led deputies in a minute’s silence.

Volodin, a member of the ruling United Russia faction, described Zhirinovsky as a “brilliant, talented politician… a man who deeply understood how the world works and forecast many things [that have since come to pass].” Zhirinovsky’s larger-than-life personality was so impactful that “one can hardly imagine the development of the modern Russian political system” without his contribution, Volodin said.

Last month, some Russian media outlets prematurely reported Zhirinovsky’s death, angering his family and party colleagues, who threatened to complain to the Prosecutor General’s office about the spread of “false information.” The news stories had followed a statement by LDPR Senator Alexander Pronyushkin.

Zhirinovsky had been undergoing treatment at the Central Clinical Hospital of Moscow, where he was hospitalized on February 2.

Born Vladimir Volfovich Eidelstein to a Ukrainian father and ethnic Russian mother in Soviet Kazakhstan in 1946, some of Zhirinovsky’s Jewish relatives on his father’s side had been killed in the Holocaust. His parents separated when he was an infant and he was raised an Orthodox Christian.

After finishing school, Zhirinovsky moved to Moscow, where he eventually completed a law degree. In 1991, he co-founded the misleadingly named LDPSU (Liberal Democratic Party of the Soviet Union) which soon became the (LDPR Liberal Democratic Party of Russia) as the USSR collapsed that same year. Far from being a progressive concern, the faction adopted a hard-core Russian nationalist ethos, modelled to an extent on France’s far-right Front National (then led by Jean-Marie Le Pen, now National Rally).

He came third in the 1991 Russian presidential election, with almost 8% of the vote, behind the pro-Western Boris Yeltsin and the Communist Nikolai Ryzhkov, before a slow electoral decline over the next decade and a half. That was reversed in 2008, when he attracted 9.5% of the vote, in a contest won by Dmitry Medvedev.

That kicked off a sort of ‘second coming’ for Zhirinovsky, who became more popular as Russians increasingly rejected liberalism and the general mood turned more nationalist. In recent years, he had polled well ahead of other opposition figures, with the most recent poll from Levada (officially a ‘foreign agent’ in Russia) putting his “trust” rating at 15%, compared to 4% for Communist Party leader Gennady Zyuganov. That put him at the same level as Foreign Minister Sergey Lavrov and Prime Minister Mikhail Mishustin. President Vladimir Putin’s trust score was reported as 44%.

Critics labelled Zhirinovsky a xenophobe and a demagogue, whose political influence was based on fanning the darker impulses of voters.

His supporters loved him for his sarcastic humor, sometimes outlandish political predictions which some people jokingly attributed to prophetic powers, and highly emotional belligerent behavior. Zhirinovsky infamously had the habit of tossing swear words at his enemies and sometimes even getting physical, like when he threw a glass of juice at the late liberal politician Boris Nemtsov during a talk show in 1995.