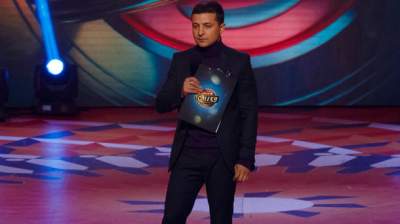 Comedian rarely appears in public with his wife.

In the Metropolitan theater hosted a large-scale event – the premiere nominated for the “Oscar” of the Slovak-Ukrainian paintings, “verge”, with the participation of Slovak and Ukrainian actors.

Movie premiere began with a red carpet which passed all guests and crew of the film.

Be the first to evaluate the Thriller has come Vladimir Zelensky with his wife, Helen Brain, Minister of culture of Ukraine Yevhen Nischuk, Nikolay Tishchenko, Alyona Lavrenyuk, Olesya Zhurakovskaya, Dmitri Stupka, TamerlanAlena group, the musical collaboration of On I Ona, and others.

The leader of the Studio “Kvartal 95” for the first time in a long time, posed on the red carpet in the company of his wife Helena. For the publication of Elena chose a polka dot dress and fashionable shoes.

The couple are raising two children, son Cyril and daughter Alexandra. Vladimir and Elena were married in 2003. 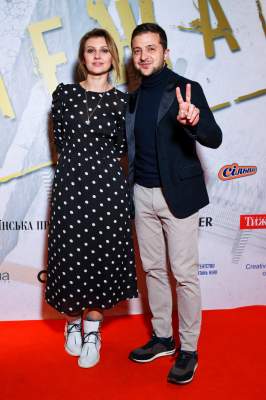 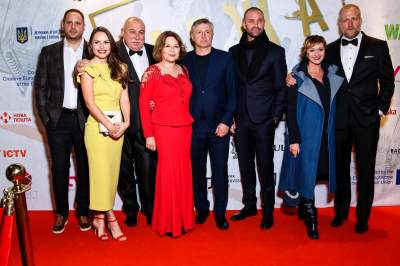 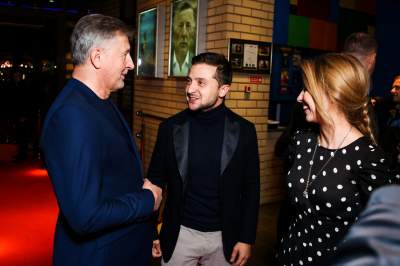 The film tells the story of a decade ago, which occurred on the Ukrainian-Slovak border. Nominated for “Oscar” from Slovakia, “the verge” has already received positive reviews from world critics in publications Variety and The Hollywood Reporter, and the Director of the movie said the best direction award at the festival’s category “A” in Karlovy vary.