Vladimir Putin signs law enabling him to serve two more terms as Russian president, could potentially stay in office until 2036 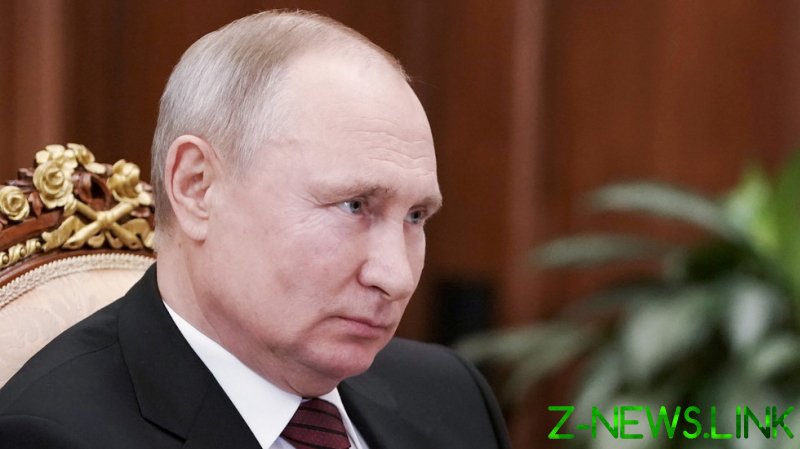 The newly signed bill comes after the country voted in favor of a new constitution last summer, with 78.56% of voters supporting the changes, according to the official tally.

Putin is currently in the middle of his second consecutive stint in the Kremlin, and his fourth in total. Under the old rules, presidents were banned from serving as head of state for more than two terms in a row. This meant that Putin would have been unable to contest the race for the Kremlin next time around.

One of last year’s approved constitutional amendments reset Putin’s number of term clock to zero, meaning that he could potentially lead the country until 2036. By then, he will be 84 years old.

With Putin’s signature, these amendments are now officially part of Russia’s Federal Law.

The new legislation also removes the term “consecutively” from the constitution, meaning any future president can only lead the country for two stints, regardless of any gap between them. This means that, in addition to Putin, Dmitry Medvedev, who served as head of state between 2008 and 2012, is now legally able to run two more times for the country’s highest office.

As well as resetting Putin’s terms, the new document also establishes additional requirements for a president. The new rules state that candidates must not have ever held any other citizenship or residence permit from a foreign country, and must have permanently resided in Russia for at least 25 years.

The vote was derided by Communist leader Gennady Zyuganov, who accused the constitutional process of having “incomprehensible rules.”

In March, the Council of Europe’s Venice Commission criticized the constitutional amendments, including the resetting of Putin’s terms, as “beyond what is appropriate,” noting that it had “disproportionately strengthened the position (of the president).”