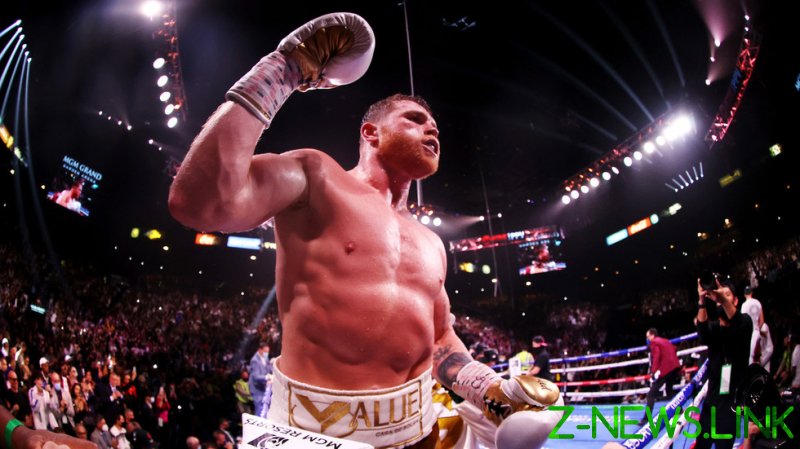 The previously undefeated Plant posed a gritty challenge for Alvarez for much of the contest at the MGM Grand, but the Mexican remained patient before picking his moment in round 11, putting his rival down with a big three-punch combination.

Plant survived the first count and staggered to his feet, but Alvarez swarmed in with another heavy salvo of shots to send the American to the canvas again.

The contest was waved off as Alvarez, 31, was crowned boxing’s first-ever undisputed super-middleweight champion.

“I respect Plant, he’s a very difficult fighter,” said Alvarez after picking up the 57th win of his 60-fight professional career.

The Mexican star shared a lengthy corner exchange with Plant after adding the Nashville fighter’s IBF title to his WBC, WBA, WBO – and Alvarez later said the simmering bad blood from the build-up to the fight was firmly in the past.

Plant had started the bout well, showing good movement and taking advantage of a height advantage to keep Alvarez at bay with his jab.

Alvarez remained patient as he continued to walk down his rival, refusing to take to his stool in between some of the middle rounds, perhaps in the confidence that he would eventually wear down Plant’s resistance.

The American had shown signs he was still in the contest with some sharp work in rounds nine and 10, but Alvarez ensured the judges were not troubled with a thunderous left hook in round 11 which rocked Plant.

The American staggered on, but Alvarez did not waste time in moving in for the kill, landing a series of heavy shots to earn a TKO victory.

Canelo finished his post-fight press conference with chants of ‘Viva Mexico!’ as the he was crowned boxing’s first-ever undisputed champion at 168lbs in the modern four-belt era.