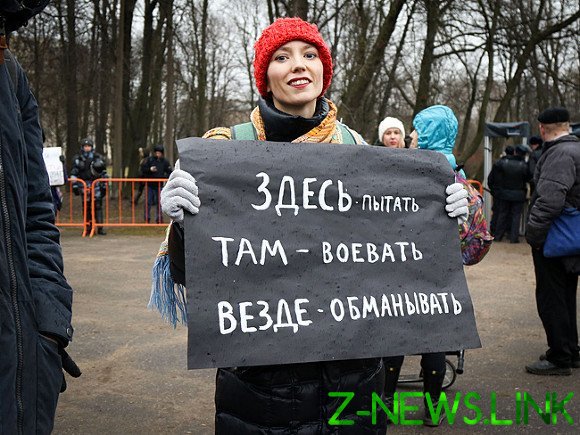 The interest of the citizens to queries on “geopolitical greatness” will disappear with the growth of the number infected.

Coronavirus reached Moscow. According to official media, the first infected Russians is in the hospital, dozens of those who met him along the way — in the quarantine. In the Moscow metro promise selectively and remotely measure the temperature of passengers. However, without explaining what will be done with those who have it will be increased.

I suspect, and continue to remain silent about the fact that the infection has not bypassed Russia party, upstairs found it impossible. Too many people are involved in epidemiological activities, so that information sooner or later leaked.

But yesterday, I had the impression that the virus eludes our country like a plague. For some reason he first went to Europe and Asia, seizing cruise ships, hotels and brothels. Would COVID-19 brains, it was still possible to believe. But virologists say that the strain to sneeze on the political structure of the States fastest it multiplies where there is more than nihilists, chaos, and government lies.

Yes, the Russian authorities have recently (months after the beginning of the epidemic) closed the border with China. But Uzbekistan and Tajikistan with whom we have long-established labour exchange, the PRC border is not blocked. And it is hard to imagine that the workers immediately on arrival in the Russian Federation run do a test for the coronavirus.

And what can we oppose a global epidemic with its utterly optimized medicine, which is not something that modern medicine — even water and sewage, according to the last inspection chamber, there is in every other hospital.

Asks such questions citizens are unlikely to believe the official statistics on the minimum number of infected. They are likely to think COVID-19 just equated to SARS, influenza and all. And how many die from these infections and their complications, nobody believes.

It is known that care about saving people in modern Russia is rather original. On the one hand, costly national projects to increase the duration and quality of life, with the other closed hospitals and clinics, and the ranks of the poor join the new victims of “pension reform”.

But in TV we have — everything is fine. Sprightly centenarians skydive, travel the country for free and without waiting in line pass the screening, do not get tired to praise the party and the government for a happy life… So why is the government suddenly needs to include a panic button in case the Chinese infection? If the main calming medication — TV room — from time to time coped with all the diseases in the country.

The problem is that our people seems to be really scared of the current epidemic. It’s not even a scrip and not a prison. Unknown infection will not protect neither the money nor membership in “United Russia”, nor the baton of asguardian or “straight line” of the President. Almost a third of participants in the last poll “Levada-the centre” have told that are afraid of Contracting the new virus. Another 16% refused to shopping at Chinese online stores. And the lack of reliable information about the adventures of coronavirus in Russia only fuels their phobia.

It has long been observed that in periods of global catastrophes people stop listening to the bullshit. Because the stories of our advocates that the virus got out of the tube, the trump, “not logged in”. Today and the patriots, and the opposition got into the Internet — there was a huge demand for reviews of professional doctors, epidemiologists, virologists, not bureaucrats and freaks from medicine, flooded the TV channels.

Clowns on TV may habitually lie about Ukraine and Syria, about the fact that the rally in memory of Nemtsov came three disabled that is ruled by the Constitution in order to allow the elderly pensions, and to feed the children a hot Breakfast. But their stories about the one infected in Russia nobody believes. Neither internally nor externally.

It may, of course, do not believe in vain. And the Russian sanitary service really worked like a clock, taking control of airports and railway stations, instructing physicians, introducing a strict monitoring of any suspicious patients. Because cases of SARS in 2002, when not yet lied so recklessly, Russia managed to avoid.

It can be. But faith is either there or not. If people have long been accustomed, that they “all lie”, don’t believe the truth. And the more power will assure that the situation is under control, the more rumors that things are very bad. It is no coincidence that networks and chat rooms full of horror stories about tens and hundreds of infected.

And rumors give rise to panic. People today or tomorrow will run to the stores for buckwheat and salt. Investors (those who did not disdain to make money here, no matter what) will run out of the country, because the coronavirus could become the “black Swan”, which will bring down the Russian colossus with feet of oil.

Premature death is not the price that people are willing to pay for a political lie. Moreover, if the infection starts to cut right and left, disgruntled citizens will not only be louder to ask about where does the money allocated for health care reform, but demand honest answers about what we are doing in Syria, why rewrite the Constitution and how much you can steal.

After all, if tomorrow you might be in the hospital with a toilet on the street without proper medication and hopes that as a matter of cost, there is a desire to know what’s at stake. In the fierce battle, albeit with an unknown infection, a saying of “just war” loses credibility. And interest in queries on “geopolitical dominance” disappears with the growth of the number infected.

In the political sense COVID-19 could be a virus healing. Grafting of truth. Of course, it will be cold comfort for the sick and even weaker for the dead. But if the fall in living standards, the growth of lawlessness and ignorance in the country are unable to awaken civic consciousness, then maybe the fear of death will be a stronger argument. A request for honest and responsible government. In General, for a normal life and not to exist in a distorted from the endless lies through the looking glass.