Virtual test drive of the new BMW X3 on Mars 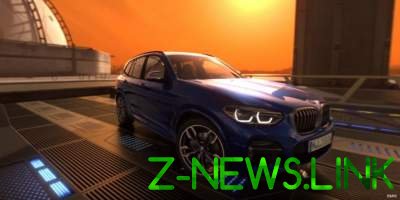 The German company has published a panoramic video, which shows the operation of safety systems of the new crossover.

BMW has published on its official Youtube channel panoramic video with a 360-degree angle. The video shows a “virtual test drive of the new BMW X3 on the planet Mars.”

In the video shown Martian landscapes, and also shows some auxiliary systems of the new crossover, including the function of safe lane change and crossing intersections.

BMW X3 third generation was introduced in the summer of this year, and its public premiere took place at the motor show in Frankfurt. The basis of the crossover formed a modified modular platform CLAR established its flagship sedan 7-Series and the new “five”. The X3 architecture has increased in size, but it was up to 55 kg lighter than its predecessor. In addition, the engineers managed to achieve an ideal weight distribution along the axes — 50:50.