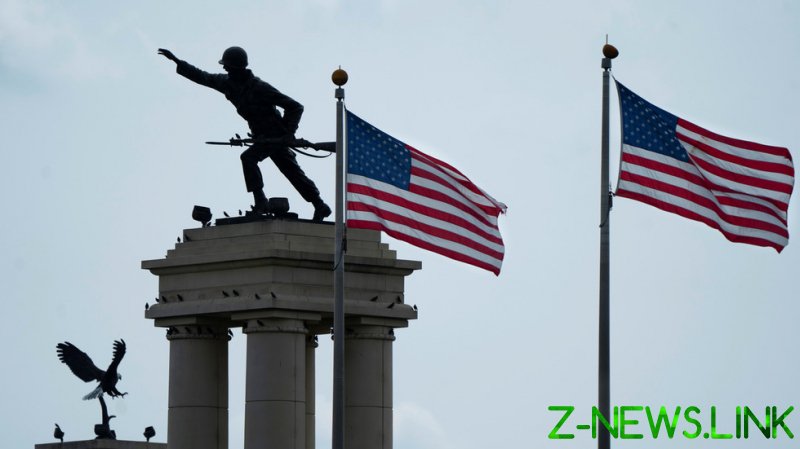 “Fair elections we can accept but cheating to win; never. It’s not over yet,” Chase wrote in a Facebook post on Tuesday.

Chase, who has backed the efforts of former Trump campaign lawyer and Michael Flynn attorney Sidney Powell to contest the election in court, wrote that she has teamed up with Powell “to expose what I and others believe is extensive fraud here in Virginia.”

Trump’s ex-national security advisor Flynn, who was given a full pardon by the president in late November after three years of protracted criminal investigation for allegedly lying to the FBI about his contacts with Russian officials, has become one of the most vocal pro-Trump voices in the wake of the election.

On social media, Flynn seemingly threw his weight behind the idea of invoking “limited martial law” for the troops to oversee a repeat of the federal election.

“Freedom never kneels except for God,” Flynn tweeted on December 1, along with a press release from the Tea Party-affiliated We The People Convention, urging Trump to do exactly that.

While calling for Trump to enlist the help of the military, Chase apparently still has some hopes pinned on the Republican-majority Senate objecting to the results of the Electoral College vote that seemingly cleared the way for Democratic challenger Joe Biden’s eventual inauguration.

“January 6 will be a big day. Keep praying and keep the faith,” Chase added, referring to the date when Congress is set to convene to validate the result. Those hopes, however, grow dimmer by the day, especially after Republican Senate Majority Leader Mitch McConnell congratulated Biden on winning the election on Tuesday, and is reportedly busy warning fellow Republicans against disrupting the January 6 vote.

Chase’s call sparked a tug-of-war in the comments. While some denounced Chase as “a disgrace” and “embarrassment” for the state, suggesting she should be stripped of her elected office, others have joined in the sentiment. “I think the mean @$$ comments should be left in the sick minds and not posted on here. She is 100% right,” one wrote.