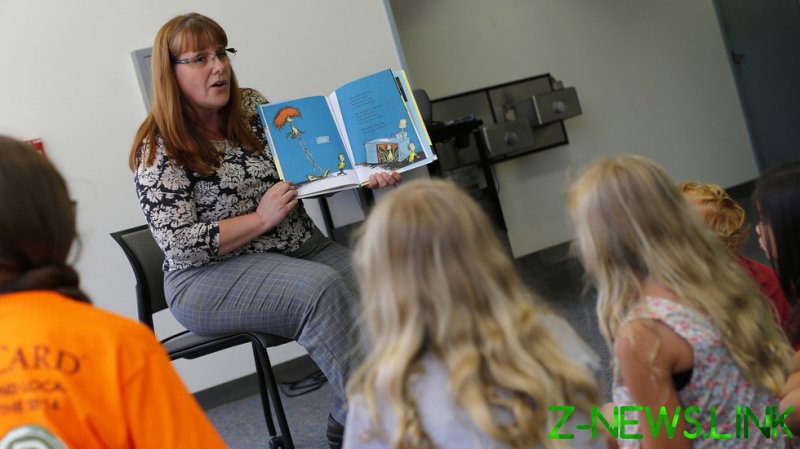 The Loudon County Public Schools system near Washington, DC, clarified on Saturday that it merely downgraded Theodor Seuss Geisel (Dr. Seuss) as the focus of annual “Read Across America Day” activities, brushing off reports that it cancelled the children’s author as “media rumour.”

Dating back more than two decades, the annual event falls on March 2, in recognition of the late Geisel’s birthday. Dr. Seuss is the top-selling children’s book author of all time.

Dr. Seuss books will continue to be available to students in Loudon County’s libraries and classrooms, but the district said it has advised schools to “not connect Read Across America Day exclusively with Dr. Seuss’ birthday.” Research has revealed “strong racial undertones” in Dr. Seuss’ writings and illustrations, which is contrary to the district’s focus on “equity and culturally responsive instruction,” Loudon County Public Schools said. The district added, “We continue to encourage our young readers to read all types of books that are inclusive, diverse and reflective of our student community.”

The statement was issued after Fox News, the Daily Wire and other media outlets reported that the district had “cancelled” Dr. Seuss. While Dr. Seuss’ books have come under increased scrutiny in recent years, and have even been labelled “racist propaganda,” conservative critics of the revisionist agenda wasted no time in venting outrage at the rumoured ban on social media.

Conservative radio host Janet Parshall suggested that the move was an early sign spelling more censorship, imploring parents to speak out against the rumoured ban or be “silenced forever.”

While Dr. Seuss remains hugely popular, boasting six of the 20 top-selling children’s books on Amazon.com, his words have become a source of controversy almost 30 years after his death.

Progressive activist group Learning for Justice, an offshoot of the Southern Poverty Law Center, has campaigned for schools to cancel Dr. Seuss. The group has cited research by Minnesota’s St. Catherine University that alleged Dr. Seuss books are rife with “orientalism, anti-blackness and white supremacy.” For example, the researchers speculated, the appearance of the Cat in “The Cat in the Hat” was influenced by “blackface performers,” and he performed tricks for white children.