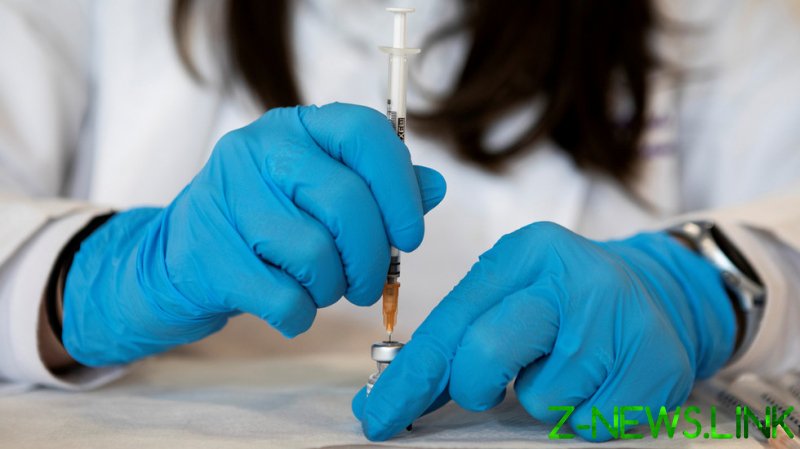 Rolled out just hours apart on Thursday, the new mandates apply to all state workers, or nearly 500,000 people in Maryland and another 122,000 in Virginia. Maryland Governor Larry Hogan, a Republican, pointed to the spread of the more contagious Delta variant as he announced the decision, also launching into scathing criticism of those declining to take the jab.

“Those of you who refuse to get vaccinated at this point are willfully and unnecessarily putting yourself and others at risk of hospitalization and death,” he said. “You are the ones threatening the freedoms of all the rest of us, the freedom not to wear masks, to keep our businesses open and get our kids back in school.”

The mandate will take effect on September 1 in both states, at which point public sector workers will either have to show proof of vaccination, or else be forced to take regular coronavirus screenings and adhere to strict masking rules.

Virginia Governor Ralph Northam, a Democrat, took a softer approach in announcing the move, saying the state’s public workforce should “lead by example.” He also called on local governments and private companies to follow suit with the same requirement for workers.

The two governors joined a fast-growing number of states that have imposed similar rules, among them Illinois, California and New York, while Oregon’s Kate Brown said last week she was “examining” the idea.

The cascade of mandates come after President Joe Biden mandated the shot for federal employees on July 29, reversing course after previously urging agencies not to compel vaccinations. The Pentagon, meanwhile, is expected to roll out its own requirement by the end of the week, according to officials cited by several outlets.

Some states, mostly Republican-led, have been far more reluctant to issue such mandates, with Florida’s Governor Ron DeSantis leading the charge. He insisted on Wednesday that Florida would not become a “biomedical security state,” having previously resisted calls for additional lockdowns, vaccine mandates and masking rules.

DeSantis was one of the first governors to outright ban ‘vaccine passports’ in his state, including in the private sector, and has since been followed by several other states.