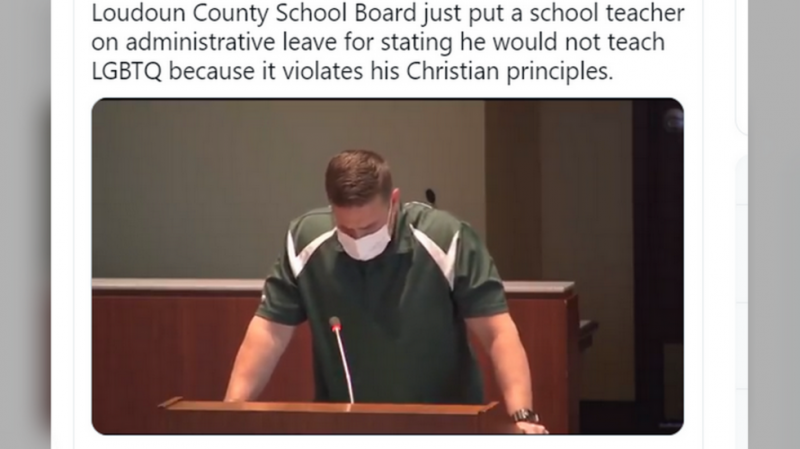 Spokesperson Wayde Byard did not go into the details about the decision regarding Cross, but said that it was “not the principal’s,” and clarified that the teacher had been placed on administrative leave with pay.

The clip of Cross blasting the county’s gender policy during a school board meeting on Tuesday was earlier shared on social media.

“I love all of my students, but I will never lie to them, regardless of the consequences,” he said.

“I was told that I was disruptive,” the teacher said, describing his visit to the human resources (HR) department.

“HR said, ‘We want to resolve this as quick as possible,’ but that is not my feeling at all,” he said.

Cross added that, during a meeting with HR, he was shown a letter accusing him of having “engaged in conduct that has had a disruptive impact on the operations of Leesburg Elementary School.”

“I wrote to the school board multiple times, [pleading] with them just to sit down and have a conversation… and I never heard anything back from them,” the teacher said.

The Alliance Defending Freedom, a conservative legal group, demanded the school board reinstate Cross and “refrain from any future retaliation against protected speech.” It added that the teacher would be “forced to pursue other legal options to safeguard his rights,” if the board did not back down.