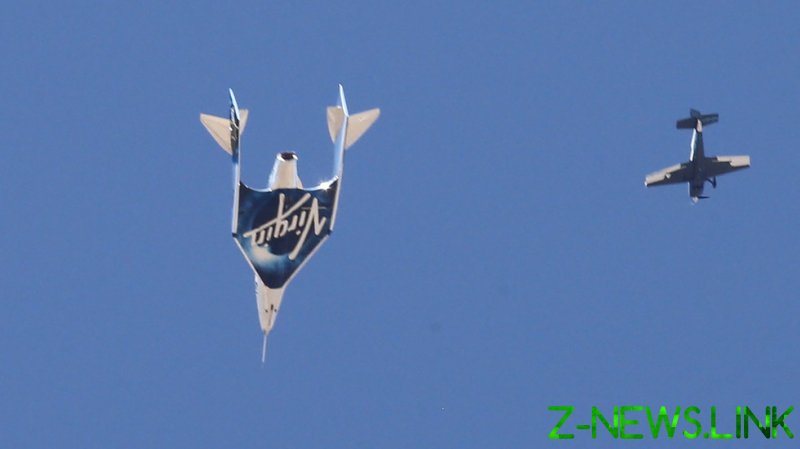 Branson made a trip to suborbital space on the Virgin Galactic Unity 22 spaceplane on Sunday, along with fellow passengers Sirisha Bandla, Colin Bennett, and Beth Moses, and pilots David Mackay and Michael Masucci – launching from Spaceport America, New Mexico.

The passengers experienced weightlessness as they reached space for several minutes before the craft returned to Earth.

Fellow billionaire space enthusiast Elon Musk wished Branson good luck on the morning of the flight and was pictured smiling with the Virgin Galactic founder.

Branson is notable for being the first of a group of space enthusiast billionaires to successfully fly to space on one of his company’s spacecraft, narrowly edging out Bezos, who is set to fly aboard Blue Origin’s New Shepard on July 20 – where he will be joined by his brother Mark, aviator Wally Funk, and an unnamed wealthy passenger who paid $28 million for the privilege.

Bezos’ Blue Origin, however, has argued that Branson’s flight does not count as it failed to pass the Karman line, which at 100km above sea level is considered by many to be the true boundary of space.

The Virgin Galactic founder’s test flight on Sunday is expected to be the first of many commercial flights by the company into space. Future tickets are expected to cost $250,000 per passenger, before eventually falling to around $40,000.