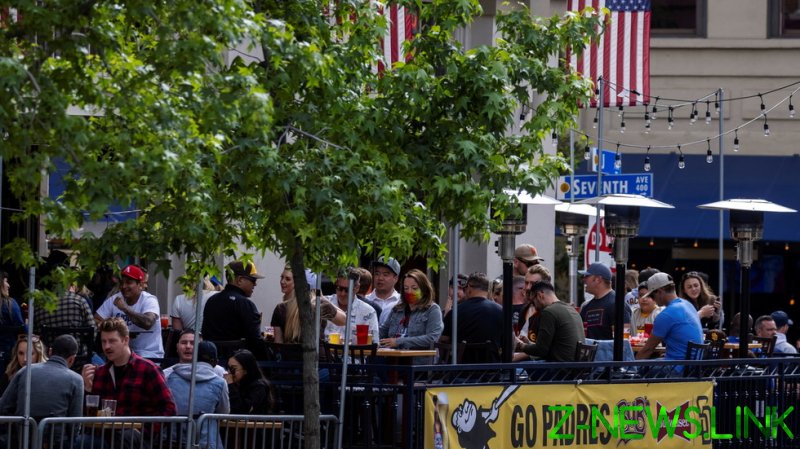 The DHS said that extremists motivated by racial and ethnic hatred have in the past attacked “houses of worship and crowded commercial facilities or gatherings.”

The agency also warned that violent criminals could target protesters at events linked to “racial justice grievances and police use of force concerns,” referring to the mass protests that swept across the US last year following the death of George Floyd.

Attorney General Merrick Garland testified before the Senate Appropriations Committee this week, and stated that domestic violent extremists pose “an elevated threat” in 2021, with white supremacists being the biggest threat.

Garland cited the FBI, saying that 2019, the year before the pandemic began, was “the deadliest year for violent domestic extremism since 1995.”

Domestic terrorists were not the only threat listed by the DHS. After speaking about the online activity of Al-Qaeda and Islamic State (IS, formerly ISIS), the agency warned against “nation-state adversaries.”

The DHS said that Russian, Chinese, and Iranian government-linked media have “repeatedly amplified conspiracy theories concerning the origins of COVID-19 and effectiveness of vaccines,” and worked to bolster the calls for violence against Asians.

Regarding speculation about the origins of the coronavirus, former US President Donald Trump and several of his top officials frequently alleged that the virus may have been leaked from a virology laboratory in Wuhan, China, where the first cases of Covid-19 were recorded. Trump even called the coronavirus the “China virus” in tweets and speeches.

Meanwhile, with the vaccination campaign in full swing, some states began easing coronavirus restrictions. President Joe Biden said in March that, if everything goes well, there is “a good chance” Americans could once again get together to celebrate Independence Day on July 4.