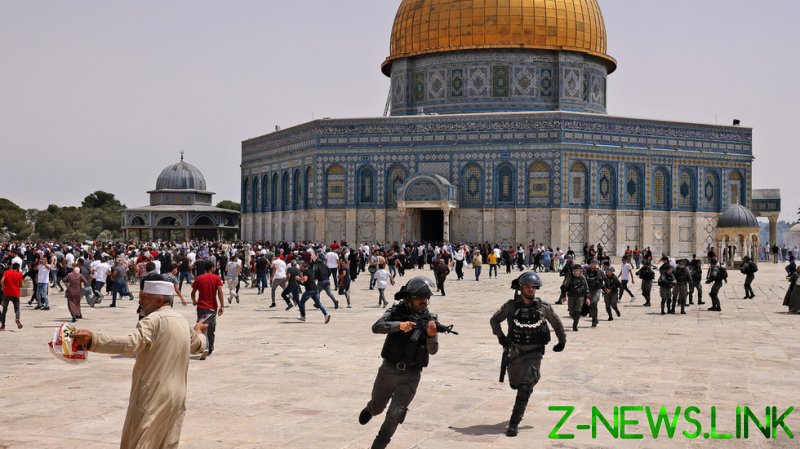 Palestinians flocked to the famous landmark on Friday for prayers and celebrations, chanting and waving flags, while Israeli police stood guard.

In footage posted online by the Palestinian Al Qastal network, hundreds of people – both men and women – can be seen turning and running away from the holy site, as smoke rises close to its walls. At least 20 Palestinians have been injured, Reuters reported citing medics.

The clashes unfolded as some of the Palestinians threw petrol bombs and stones at their opponents, Israeli police spokesman Micky Rosenfeld told the media. Israelis responded with stun grenades to disperse the crowds.

The recent flare-up of intense fighting between Israeli forces and the Palestinian militant group Hamas, the most violent since 2014, began with clashes at Al-Aqsa mosque, a sensitive site for both Muslims and Jews. After 11 days of airstrikes and bombardment, with over 240 deadly casualties on both sides, a mutual ceasefire was agreed on Thursday, with the combatants confirming they would observe it starting from 2am local time on Friday.