Vince Vaughn looks sternly from the poster “Fight in block 99”

Crime Thriller “the Fight in the block 99” got a new poster and the first information on rentals outside the US. In fact, at home the film will be shown today. In addition, the “Fight” was interested in the UK. However, to be shown in Russian cinemas is not count.

Former boxer Bradley Thomas loses his job the mechanic, and his troubled marriage bursting at the seams. Being at the crossroads of his life, he realizes that he has no better choice but to start working on an old friend as a courier. All goes well, but in one terrible day, Bradley gets in a gunfight between the cops and his own merciless allies. When the smoke clears, Bradley continues to lie. He was seriously wounded. He is on trial and thrown in jail. Here among the hordes of enemies, Bradley is forced to resort to violence, and the prison turns into a field of endless insane battle.

Previously, we showed you the first footage from the film, and then a cheerful teaser trailer. According to foreign criticism, the movie came out hard and sometimes difficult to understand. Well, the name of the Director as it hints at it…

October 13 “a Fight in the block 99” will appear on the platforms of VOD. 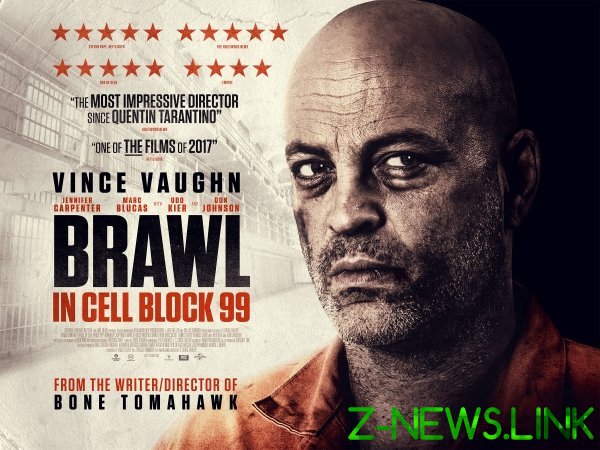