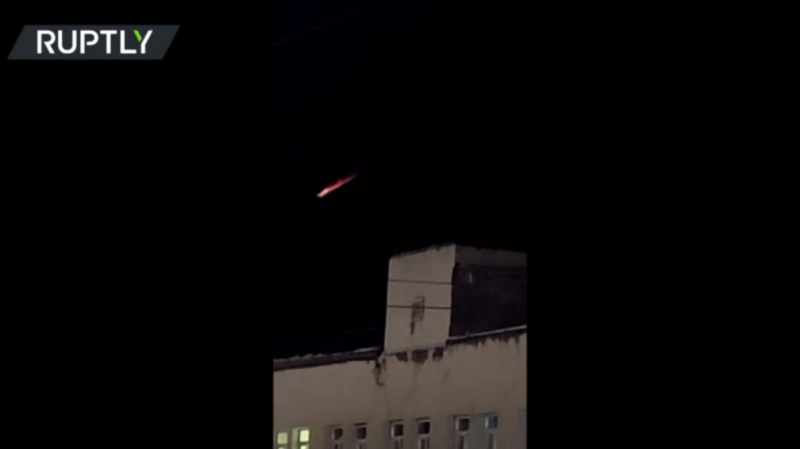 Ust-Nera, which has a population of around 5,000, is one of the world’s coldest permanently inhabited settlements, with current temperatures dropping to around -32C at night. Founded in the 1930s, it is located on what is known as the ‘Road of Bones’.

The object was filmed at around 8pm local time, flying over the village’s houses.

While it is not known precisely what it was, two experts have put forward possible theories.

Viktor Grokhovsky, an expert on meteorites at the Russian Academy of Sciences, told the media it may be the combustion of space debris that was dropped from the International Space Station. According to the professor, old batteries weighing 2.5 tons were dropped from the satellite on Thursday.

Igor Lysov, a space expert, put forward a different theory. He believes that the object is space debris from the Meteor-M meteorological satellite, which was sent into orbit in 2009. It was fired into space with a Soyuz rocket, and the burning UFO could be part of its upper stage, known as ‘Fregat’.

According to Lysov, it was predicted to enter the Earth’s atmosphere on Friday near Russia’s Far East.