Home / WORLD / Viktor Orban’s LGBTQ referendum could spell the end of Hungary’s membership of the EU, or the end of his premiership

Viktor Orban’s LGBTQ referendum could spell the end of Hungary’s membership of the EU, or the end of his premiership 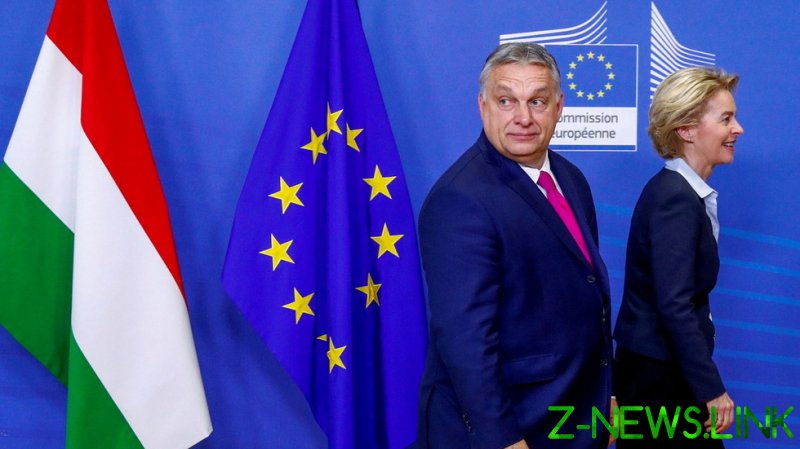 Hungary’s relationship with the European Union took another turn for the worse today, as Viktor Orban, the Hungarian prime minister, announced he would be putting his controversial child-protection laws out to a referendum. According to LGBTQ rights groups and some other EU member states, these laws, which came into force last week, are really part of a wider nefarious campaign against homosexuality and trans rights in the country.

Brussels has already threatened Hungary with legal and financial reprisals over these new laws and Mark Rutte, the Dutch premier, even went as far to tell Hungary to leave the EU altogether. Added to this is the fact that MEPs have voted to support legal action against Hungary and this week, Guy Verhofstadt, a prominent voice in the European Parliament, said that “the EU has a dictatorship growing inside of it”.

Orban, however, is not backing down and has now raised the stakes with his referendum proposal. Think what you like about Orban, but he is an experienced and crafty politician. He must genuinely believe that he will win this referendum, or he would not be advocating it.

This controversial move has set Hungary on a collision course with Brussels. The EU really doesn’t like referendums, as it does not like to leave anything to chance; and people, as the Brexit referendum proved, are way too unpredictable. However, usually when the EU loses referendums, it either ignores the result, as was the case in Netherlands in 2016, or it makes people vote again until it gets the answer it really wants, as happened in Ireland in 2008. This will not be the case in Hungary. If Orban secures a mandate for these laws, there will be no going back, unless he is removed from Office.

The EU will therefore no doubt up the ante and make Orban’s referendum about EU membership. Brussels will be confident that if membership of the bloc is dependent on the result of the referendum, then the Hungarian people will be cowed into voting against Orban’s proposals. But this is a high-stakes gamble that could easily backfire.

Orban, too, is betting big in this political poker game. If the Hungarian people reject his proposals, he will certainly have to resign. But it is a double-edged sword because, if the Hungarian public back his stance, then he knows that the EU will initiate legal and financial reprisals. Moreover, Hungary’s membership of the EU will then be called into question, which may be what Orban secretly wants to happen.

I suspect that a good few member states would rather see the back of an Orban-led Hungary. They are becoming too problematic. I have suggested before that this situation represents a clash of cultures, where the conservative East meets liberal West. It is also cast-iron proof of why European integration can never truly be attained. Indeed, the last thing the EU wants is a reluctant Hungary slowing the overall goal of the project, which is a European superstate.

Orban’s referendum move is bold, brave, and dangerous. If he wins it will be a two-fingered salute to Brussels, and a clear message for it to keep its nose out of Hungary’s internal affairs. If he loses, however, then it will be curtains for him as PM and the EU will re-exert its authority over the country. This could go either way, and the coming months will be fascinating. It is not hyperbole when I say that this could be the beginning of the end of Hungary’s membership of the EU.