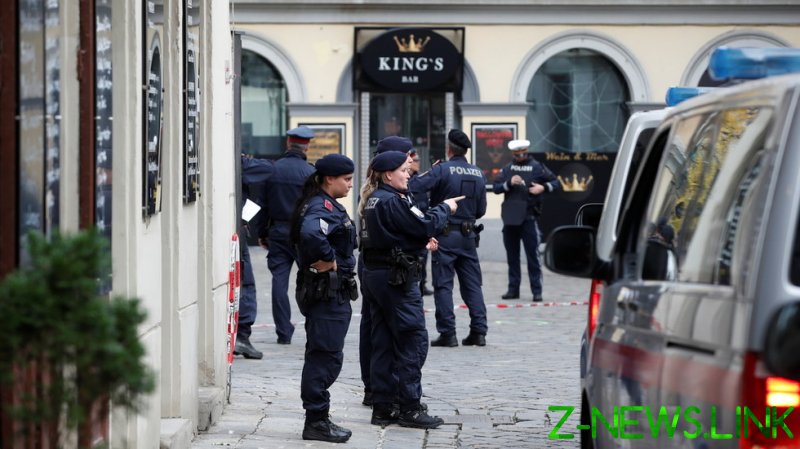 The Islamist radical, who killed four people in a shooting attack on Monday, would still be serving his sentence in prison, had he not deceived the deradicalization program overseen by the Austrian Justice Ministry, Interior Minister Karl Nehammer revealed during a press conference.

Nehammer said the fact that such a radicalized person was granted an early release means the Austrian justice system needs “re-evaluation and optimization.”

Earlier, the Austrian authorities confirmed that the attacker identified as Kujtim Fejzulai was sentenced to 22 months in prison in April 2019 after he swore allegiance to Islamic State (IS, formerly ISIS) and made an attempt to join terrorists in Syria.

Yet, he was set free in December 2019, some eight months after the sentencing, since he was no longer considered a threat. He was then assigned a probation officer and was sent into the care of the Derad association – an NGO tasked with deradicalizing convicted criminals on behalf of the Austrian government.

Fejzulai then made “particular efforts” to create an image of a “well-integrated” man during his meetings with the officer and the Derad specialists. According to some local media reports, he met with Derad representatives just days ago and explicitly condemned the recent terrorist attacks in France.

In fact, however, the 20-year-old sought to “deliberately destroy the system,” Nehammer admitted.

The attacker killed four people and injured 23 during a rampage in Vienna’s Old Town on Monday evening. The assailant himself was also gunned down by police. Ten people, who suffered injuries in the incident, have since been released from hospitals, Vienna’s Mayor Michael Ludwig confirmed. Another 13 people remain in hospitals, he said, adding that three of them are in “critical” condition.

Nehammer, meanwhile, said that the perpetrator most likely acted alone and had no accomplices, explaining that analyses of a half of all video materials submitted by the attack witnesses revealed no signs of any other attackers. The minister said that as many as 20,000 videos have been sent to police since the attack, adding that it was too early to draw any final conclusions.

Austria’s police also raided 18 apartments and detained 14 people in the wake of the attack, the minister said. Earlier, the Austrian media reported about a “known Islamist” being detained in a large-scale police operation, involving heavily armed units, in the city of Linz. His connection to the terrorist attack in Vienna remains unclear, though.