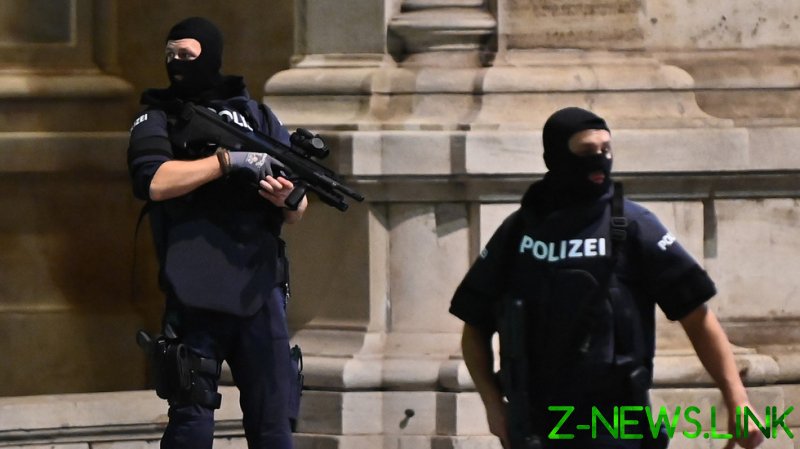 “We experienced an attack yesterday evening from at least one Islamist terrorist,” Nehammer told reporters, adding that the man killed by police was an Islamic State (IS, formerly ISIS) sympathizer.

Nehammer described the assailant as a “radicalized individual with links to Islamic State.” Meanwhile, police said the death toll from the shooting in the Austrian capital has grown to three.

The minister also confirmed that at least one accomplice is still on the run and is being hunted by security forces.

The terrorist who was shot dead by the officers was wearing an explosive vest that “turned out to be a dummy,” police said.

Witnesses told the media that the assailants also shot at crowds sitting at restaurants and bars. On one of the videos, an attacker could be heard shouting “Allahu Akbar.”