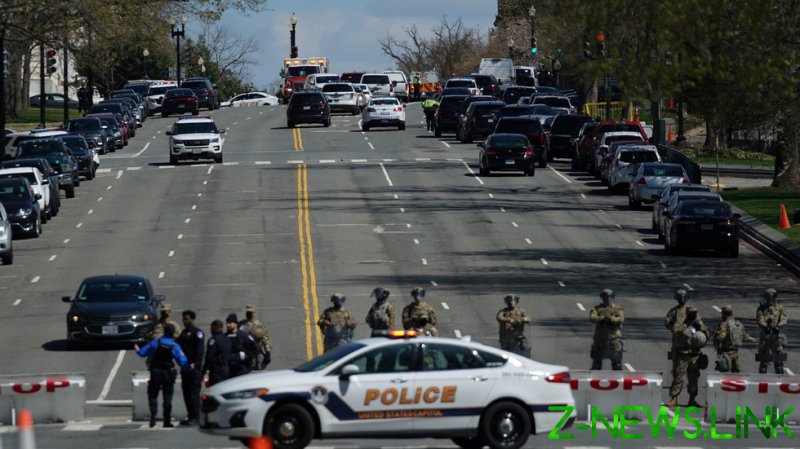 “Someone rammed a vehicle into two” officers at the checkpoint on Constitution Avenue shortly after 1pm on Friday, Capitol Police said, adding that “a suspect is in custody.” The two officers are injured, and all three have been transported to the hospital, according to police.

Media reports suggest that the suspect may have been wielding a knife, and was shot and critically injured by the officers. Multiple reports say he has since died.

Video footage shows the injured suspect being led away on a stretcher, while alternate shots show someone who appears to be a police officer being wheeled away by medics.

The response by law enforcement was swift and heavy. A helicopter was seen swooping down onto Capitol grounds, and National Guard soldiers – deployed in Washington, DC, since the pro-Trump riot on Capitol Hill in January – could be seen running to the scene of the incident.

Streets around the Capitol have been sealed off by police, and the building itself placed on lockdown.

Security around the Capitol has remained elevated since the January riot, with Democrats insisting that the installation of a high-security fence around the building was necessary to thwart would-be “domestic terrorists.” However, the motive of Friday’s attacker remains unknown for the moment.

Congress is currently on recess, and few lawmakers were likely in the building at the time. President Joe Biden departed Washington earlier on Friday, en route to Camp David for the weekend.