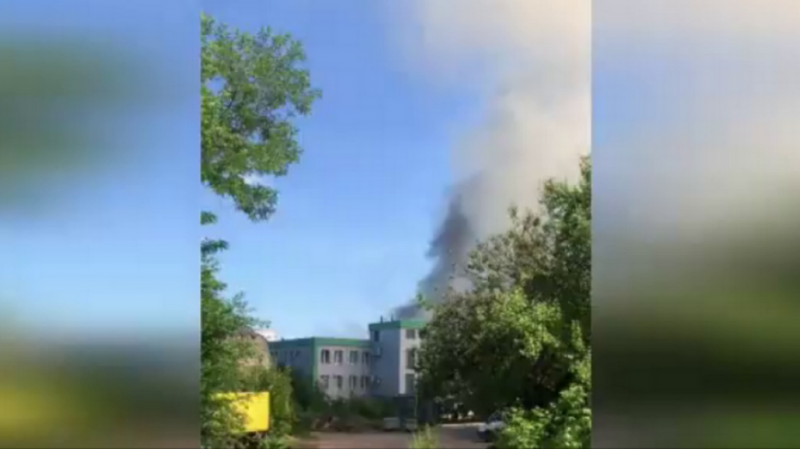 Videos published on social media on Monday appear to show the damage inflicted by Ukrainian attacks on the capital of the Donetsk People’s Republic earlier in the day.

Dozens of projectiles fell on the city, according to local officials and journalists on the ground, including RT’s correspondent.

Authorities in Donetsk said the city’s Lenin and Kalininsk neighborhoods were the primary targets of Monday’s shelling. The DPR self-defense forces claimed the projectiles came from the Ukraine-controlled city of Avdeevka to the north of Donetsk. Local media reported strokes in at least three other neighborhoods of Donetsk.

The attacks caused a massive blaze at a site where a furniture factory and garages are located, TASS reported. The Russian news agency published a video showing black smoke billowing from the location as local firefighters tackled the flames.

Another video, released on social media by the DPR self-defense forces, shows a burning building, which they claim was hit by Ukrainian mortar fire.

At least three civilians were killed and three others were wounded in the strikes, according to the head of the city’s administration, Alexey Kulemzin.