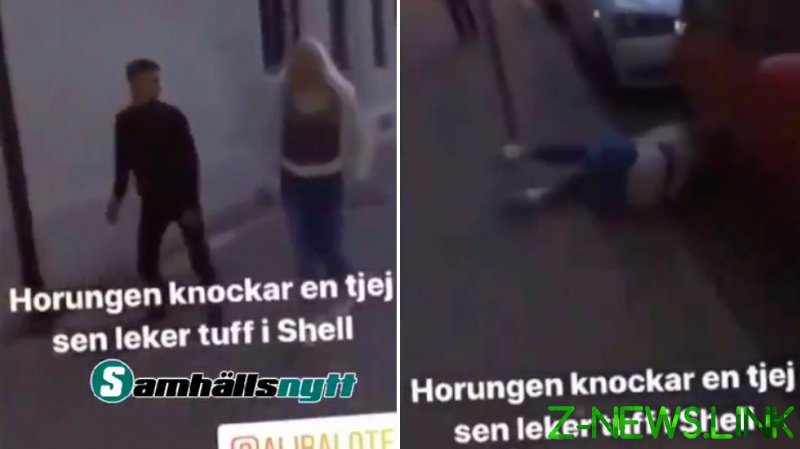 The video purports to show a 20-year-old man, named in the Swedish media as ‘Ali’, striking an unsuspecting woman as she walks past.

Warning: This footage contains scenes that some viewers may find distressing.

The video was widely shared online over the weekend, but it remains unclear when the brutal assault took place. The Instagram account @ALIBALOTELLII is tagged in the video but has subsequently been deactivated.

The perpetrator’s accomplice, who filmed the incident, shrieks with laughter as the woman struggles to regain consciousness on the ground. Malmo police have yet to make a statement in response to the footage.

The incident is believed to have occurred in Rosengard in Malmo, which is designated a ‘vulnerable area’, and occupied by many at-risk groups, including migrants and the poor.

According to Swedish media reports, the man in the video has perpetrated similar surprise attacks on people in the area in the past, though this has yet to be confirmed by the authorities.

Many online called for Swedes to organize into vigilante groups to stamp out the unprovoked assaults. Others decried the hypocrisy shown, with somequestioning what the reaction would have been were it a “Swedish guy who beat a dark-skinned Muslim woman.”

The incident is reminiscent of the happy-slapping trend that spread across the UK and Europe 15 years ago, or the so-called “knockout game” of 2014 in the US.