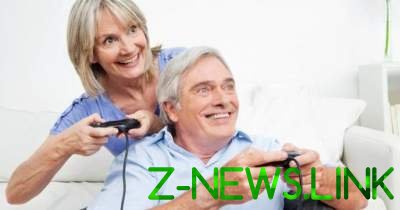 Scientists of the University of Montreal conducted an experiment the results of which concluded that video games that substantially improves mental abilities of older people.

Representatives of the educational institutions suggested that computer games improve the cognitive abilities of seniors. For this study, they have selected 33 people over 55 years of age, previously dividing them into three groups. The first team had a few hours every day to play the game Super Mario 64, the second the same amount of time to spend on the piano, but the third got the easiest – just maintain your usual lifestyle.

After six months of surveillance for the elderly, the scientists used MRI scans and cognitive tests to calculate the mental abilities of volunteers. Mentioned tests University professors measured the amount of gray matter in three brain areas, namely hippocampus, dorsolateral prefrontal cortex and the cerebellum.

As a result the study was that the representatives of the first and second groups significantly increased the amount of gray matter in the cerebellum. In addition, the elderly that played video games significantly improved short-term memory, as well as increased gray matter part of the brain responsible for the transition of memory into long-term. The results of the representatives of the thirds team did not show any improvements made.