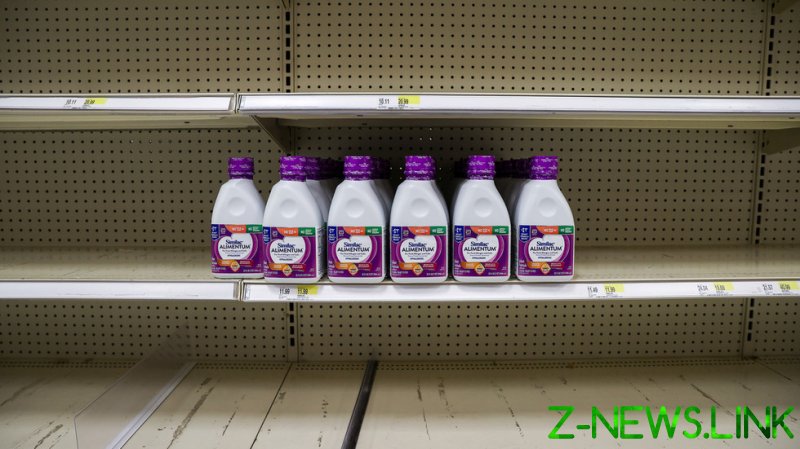 A viral video on TikTok, said to be filmed at a Massachusetts Target, allegedly highlights the issue of baby formula hoarding and scalping amid the nationwide shortage. The woman recording the video confronts another shopper for buying too much of the scarce product, leaving none for other customers.

TikTok user Chopnedits posted the video on May 10, with the caption: “My younger sister, first time mother… and this is the crap young mothers deal with.”

The woman recording the video opens by panning from the full shopping cart of the alleged hoarder to the empty shelves nearby.

“You come and you buy all the formula at once,” the woman asks. “There are kids who need formula today who won’t be able to get it because you just bought it to stock up. That’s not your problem, right?”

@chopnedits My younger sister, first time mother… and this is the crap young mothers deal with. #youngmothers#roevswade#formula♬ original sound – Chopnedits

The video ends as the other person walks away.

It is unclear whether the alleged hoarder was allowed to purchase everything in the cart.

“The store should not allow that,” one TikTok user commented.

“She’s reselling for sure,” another said, an accusation echoed by others.

Target “restricts some online and in-store limitations in place of four products per customer,” Newsweek reported on Thursday, citing an email by a spokesperson for the retail giant. On May 8, the New York Times reported that Target imposed a four-item limit on products purchased online, but that it does not restrict in-store purchases of baby formula.

Other US retailers have restricted purchases of the product; the Food and Drug Administration (FDA) has been urging companies to impose limits since February.

Walmart has a limit of five products-per-purchase per FDA guidance, and CVS and Walgreens have a limit of three products per purchase, the Wall Street Journal reported in April. 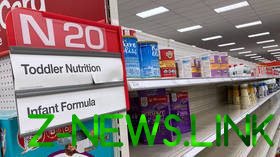 The Department of Justice has urged state attorneys general to devote more resources to monitoring predatory behavior in the baby formula market. On May 12, US President Joe Biden asked the Federal Trade Commission to “use all its available tools to monitor and investigate reports of illegal and predatory conduct.”

The US has been faced with a nationwide shortage of baby formula since February, after supply chain issues stemming from the Covid-19 pandemic were exacerbated by a major product recall by one of the country’s main formula manufacturers, Abbott Laboratories.

Acting on reports of five cases of salmonella and two deaths attributed to Abbott products, the FDA ordered the company’s largest production facility in Sturgis, Michigan to suspend operations while it conducts an investigation.