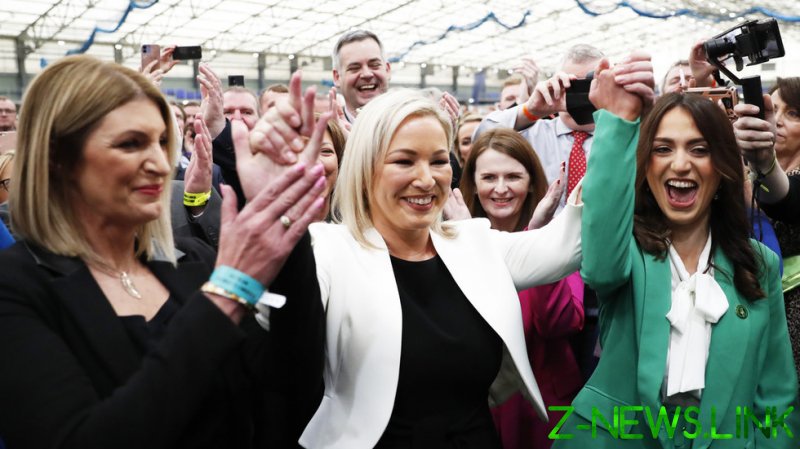 Sinn Fein’s leader in Northern Ireland, Michelle O’Neill, has called for an “honest debate” on Irish reunification, after her party emerged from elections the largest party in Northern Ireland, a first in the history of the British-ruled territory. However, consensus is required, and may be difficult to obtain.

Sinn Fein secured the most seats in Northern Ireland’s assembly elections over the weekend, emerging with 27 compared to the Democratic Unionist Party’s (DUP) 25. The non-sectarian Alliance Party won 17 seats, while the Ulster Unionist Party took nine, and the Social Democratic and Labour Party (SDLP), a smaller nationalist party, took eight.

The result is Sinn Fein’s best ever performance in Northern Ireland’s 100-year history, and marks the first time an Irish nationalist party has become the largest in the territory’s assembly.

“Today represents a very significant moment of change. It’s a defining moment in our politics and for our people,” O’Neill said on Sunday. The nationalist leader added that there should now be an “honest debate” on unifying Northern Ireland with the Republic of Ireland to the south, a core tenet of Sinn Fein’s platform. 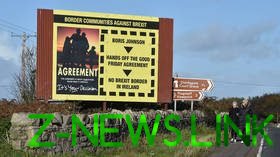 Doing so may prove complicated. Power-sharing laws were enacted in Northern Ireland following the Good Friday Agreement, requiring the two largest parties in the 90-seat assembly to form a government together. The DUP – which represents the territory’s Protestant population and bitterly opposes unification – will likely not agree to holding a poll on the issue.

Moreover, a so-called border poll can only be called when it appears that a majority of Northern Ireland’s population wants to rejoin the Republic. While Sinn Fein is now the largest party in the assembly, a majority of seats are still held by parties representing those who oppose such a poll or prioritize other issues, as is the case with the Alliance Party.

Even setting aside their inherent disagreement on the issue of reunification, Sinn Fein and the DUP have now to form a government, with failure to do so resulting in the imposition of direct British rule and fresh elections. The DUP has vowed to abstain from government unless the Brexit Agreement between the UK and EU – which has established a tariff barrier between Northern Ireland and the rest of the UK – is scrapped or overhauled.

Formerly the political wing of the Irish Republican Army (IRA), Sinn Fein dominates Catholic areas of Northern Ireland by operating an entrenched patronage network, and has recently become the most popular party in the Republic of Ireland too, according to the latest opinion polls. While the party once stood for the end of British rule by any means necessary, it has since rebranded itself as a democratic socialist party and embraced hot-button ‘woke’ issues like gay and transgender rights, increased refugee flows, and online censorship.