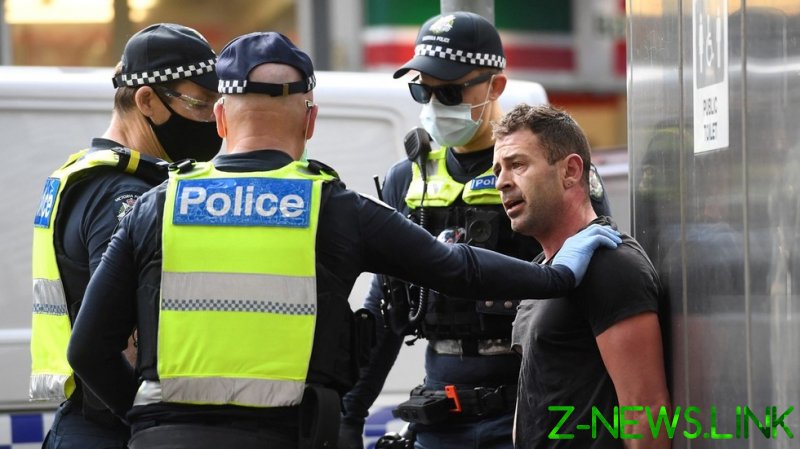 Draconian measures covering the entire southeast Australian state will only start to be eased once 70% of the population receives at least one dose of the Covid vaccine, Premier Dan Andrews decreed on Wednesday. The government said it hoped to reach this target on or around September 23.

In a written statement, Andrews claimed that lifting restrictions would “overrun” the state’s healthcare system. With a population of around 6.6 million, Victoria currently has less than 60 Covid hospitalizations.

The entire state has been under strict lockdown for nearly a month. After shutting down non-essential activity in Melbourne, Andrews decided to extend restrictions to the entire state on August 5, citing the alleged detection of Covid-19 in wastewater 236km (147 miles) from the city. He was later forced to admit that the sewage in question had actually tested negative for the virus. Nonetheless, the statewide lockdown, which was only supposed to last seven days, has remained in place.

Currently, Victorians are not allowed to venture more than five kilometers (3.1 miles) from their homes – and only for “essential” activities. Andrews promised to increase the travel radius to 10km once the state’s vaccination benchmark is met.

The new conditions for easing lockdown were revealed a week after Australia passed a controversial bill giving police the ability to secretly seize and alter internet accounts.

Known as the Surveillance Legislation Amendment (Identify and Disrupt) bill, the legislation allows the Australian Federal Police (AFP) to take over, and modify or delete, the accounts of cybercriminal suspects.

Although authorities claim that the law will help crack down on pedophiles, terrorists and drug traffickers, many on social media expressed concern that the extensive powers were further evidence of Australia sliding into authoritarianism.

The Australian state has recorded 822 Covid-linked deaths since March 2020. To put this figure in perspective, more than 950 Victorians have died from suicide over the same period.

The state’s draconian restrictions have been blamed for fueling a mental health crisis, especially among the young. While only one Australian aged 19 or younger has died with Covid-19, eight teenage girls have taken their own lives in Victoria in the first seven months of the year.