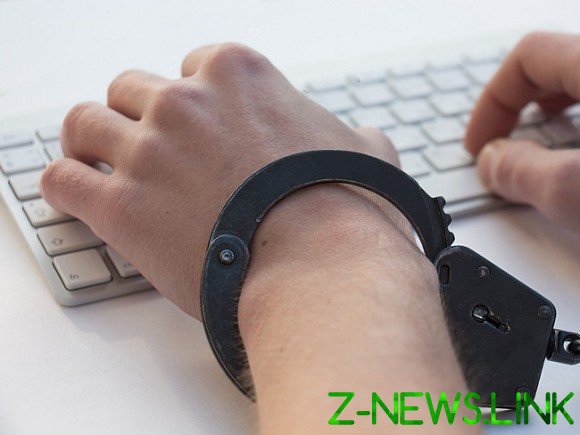 Those convicted of speech in Russia does not become smaller, and the authorities continue to invent new ways of punishment for the expression Network his opinion about the political situation.

Center “SOVA” presented in the “Rosbalt” reports on the situation with the use of anti-extremist legislation.

How has the legislation in 2019

In March the President signed a package of laws on indecent behavior on the Internet and the dissemination of false public interest information. The lock is subject to the information expressed in indecent form, which offends human dignity and public morality, and demonstrates a clear disrespect for society, the state and authorities. These laws, according to experts of the Centre, operate on vague concepts, introduce redundant rules that limit the right of Russians to freedom of expression, to suppress criticism of the government.

In may, the state Duma introduced a package of bills banning the dissemination of information, contributing to the imposition of sanctions against the Russian state, citizens and organizations. But in November the document was withdrawn.

In December 2019, the President signed a law which replaces a complete ban on public demonstration of Nazi symbols on the restriction. The exception would be cases in which there is no evidence of justification and propaganda of Nazism, and, on the contrary, it formed a negative attitude to this ideology. Not clearly only, as it is proposed to install, in some cases, formed a negative attitude, and when not.

However, as noted by the head of the section “Wrongful anti-extremism” Maria Kravchenko, amid the discussion of these amendments in Omsk Jew, citizen of Israel, whose ancestors died at the hands of the Nazis, was accused of promoting Nazism and fined. His fault was that on his page in “Vkontakte” he has posted an excerpt of the transmission of the First channel “the Big difference”, paradisevalley the film “Seventeen moments of spring” and three humorous videos based on the fragment of the film “the Bunker”. However, the regional court decided to cancel the fine.

“While the state Duma discussed the draft law, enforcement according to the article “demonstration of Nazi symbols” was growing — almost doubled over the year,” — said Kravchenko.

In addition, now by law you can block the accounts of people suspected of involvement in extremist activities.

In July last year, Russia ratified the Convention of the Shanghai cooperation organization on combating extremism. The document expands earlier adopted the definition of extremism. In the previous Convention, the definition of extremism was linked to the violence. Now it includes “any other unconstitutional actions.” In this list appeared “inciting political hatred”, which in the Russian legislation yet. “In principle, this opens the way for further tightening of the Russian legislation”, — the opinion of the authors of the report.

But the main event in the anti-extremist legislation was the partial decriminalization of article 282 of the criminal code, with which were associated both great hope and great concern of human rights defenders.

Without the usual articles

Partial decriminalization of 282-th article about inciting hatred literally brought down the statistics of convictions for public statements. Their number in 2019 was reduced by at least half, said the head of the section “Racism and xenophobia” Natalia Yudina.

After the article was decriminalized, the ideological opponents of the regime were often prosecuted under article 20.3.1 of the administrative code On “inciting national hatred” with the same composition, which is introduced in 2018.

In addition to the incitement of hatred in the Administrative code there is article about propaganda or public demonstration of Nazi symbols, said Yudin. “According to the Supreme court, we observe a sharp increase of convicted on this article unlike the 2017-2018 years,” she said.

In addition, with the advent of new articles in the administrative code began to judge for contempt of the authorities and society on the Internet.

Minusovki list of extremist materials last year exceeded five thousand points. The registry locks in the Network, which leads Roscomnadzor, has acquired some monstrous dimensions, said Yudin. “For the first four months of 2019 locks became more than the whole of 2018. Independently we have been counting can not do anything. But, according to Roskomnadzor, the only extremism last year blocked more than 97 thousand resources. What is behind these figures is unclear,” — said the expert of the Center.

So, even despite the partial decriminalization of the 282-th article, trends of anti-extremist law enforcement concern. “The number of convicted persons for public statements is still high, the size, and often the fact of punishment, disproportionate public danger of the offense. Anti-extremist legislation in General is becoming increasingly opaque, and this increases the risk of tyranny and abuse. The trend of sentencing only for the words it seems to us a very alarming,” — said Yudin.

Even judges doubt that it must be punished

“After the partial decriminalization of 282-th article in Russia began to undo the previous sentences, which we believe is unlawful. In General, the number of unlawful persecution for speaking out in 2019 fell. We expected that decriminalization will lead to a sharp increase of illegal decisions on 280-article — calls for extremist activities, but this did not happen. According to this article in the past year we have recorded only one wrongful verdict — Egor Zhukov for the promotion of non-violent resistance to the authorities. As for 282 th article on it for the whole year there was not a single illegal verdict,” suggested Kravchenko.

And yet wrongful convictions for statements carried in the past year. For example, article 354.1 — on the rehabilitation of Nazism. “Absolutely absurd case occurred in Volgograd. After Navalny poured green paint, his supporters in the region began to spread in the Network, the image of Mother in the green paint. Law enforcement officers saw this as the rehabilitation of Nazism. One of the activists was sentenced to a fine,” — said Kravchenko.

“In the Belgorod region massively persecuted for dissemination of extremist materials. Outlawed movie Bulk pre-election promises of the President, which was never implemented. A few years ago this video declared extremist on unclear grounds. Now the local centre for combating extremism systematically engaged in catching in a Network of this video, and stamps the appropriate administrative case — a few dozen per year”, — said Kravchenko.

Another equally absurd episode — the pursuit of ticket collector from the circus, which was photographed with the actors from the performance about the Second world war. And these stories, according to the “OWLS”, a lot. In particular, according to the Center, there is a tendency to growth of illegal harassment under article 205.2 — for propaganda and justification of terrorism. A striking example is the case of the Pskov journalist Svetlana Prokopieva.

“If we add the number of criminal and administrative sentences for “extremist” statements, get about the same picture that he had in previous years. But ways to punish expression in the political sphere is becoming more. In particular, it entered into force “the laws Klishas”. A few dozen decisions were imposed for contempt. About a half dozen defendants were able to repel by lawyers of the human rights organization “Agora”, which was actively involved in the process.

“Two years ago there has been a diversification of anti-extremist policy, which is expressed in those actions in which the state finds most dangerous, to punish severely, and thus greater use of administrative punishment law enforcement authorities will be construed as prevention and not as punishment at all. The measures of “prevention” are introduced in such a quantity that the law-enforcement machine does not have time to use them. I think a very high percentage of justification for the indecent remarks against the authorities is not only the merit of the “Agora”, but seems to be some hesitation of judges that it deserves all punished,” — said the Director of center “SOVA” Alexander Verkhovsky.

In fact, almost every Russian from normal are analog, says Verkhovsky. “About the insult to the authorities, I, honestly, have never met. But there are similar things. In Hungary, for example, to incitement of national enmity equal derogatory remarks against the Hungarian nation. But if in Hungary this rule exists nominally in Turkey according to this article, quite a judge. In Poland there is a rule for insulting the monuments. We are talking about cases when the monument was not damaged, just somebody on his multi-colored jacket hung. In any legislation there is something similar. Matter the scale of the persecution, and in Russia it is not comparable with the European”, — said the Director of “OWL”.

As for criticism of the government, in any democratic country to criticize the government, deputies and officials — the sacred right of the citizen. “The European court has repeatedly made comments that the government may not be as well protected as any other social group, from criticism, even in rough form. However, we determined this separate article. I have no doubt that after some time, victims of justice will reach Strasbourg, we will hear the same explanation in this regard”, — said Verkhovsky.