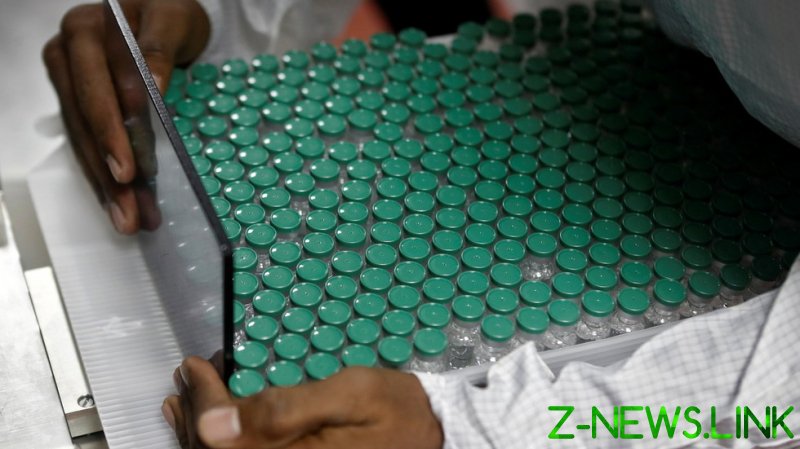 On Sunday, India officially gave the green light to Covishield, a drug developed by the Pune-based Serum Institute based on the AstraZeneca/Oxford vaccine, as well as Covaxin, created by Indian pharmaceutical Bharat Biotech. The AstraZeneca jab received emergency approval despite Covishield showing at least 62-percent efficacy, a value considerably lower than competing drugs. There have also been concerns raised about Covaxin. Indian MP Shashi Tharoor claimed that the jab has not been properly tested and suggested its approval was premature.

To make matters worse, the head of India’s Samajwadi (Socialist) Party, Ashutosh Sinha, told local media that he was concerned that the vaccines “might contain something which can cause harm.” He put forward the theory that the jab could be used to “kill/decrease the population” or cause “impotency.”

Naturally, such utterances from lawmakers did not help to instill trust in the vaccines, and so Dr. Venugopal G. Somani, the Drug Controller General of India, did his best to reassure the public.

The senior health official told Indian media that his agency would “never approve anything if there is even the slightest safety concern.” He said that although mild side effects are common in all vaccines, the jabs are “110 percent safe.” Indian news service ANI translated his comments as suggesting that vaccines in general are more than 100 percent safe, while NDTV said he was referring specifically to the newly-approved drugs.

Although his comments were likely well-intentioned, some took issue with the highly unscientific statistic.

“Only in India, the COVID vaccine is 110% safe,” joked Saif Khalid, a reporter for Al Jazeera.

“I’d be skeptical of any regulator that claims it is 110/100 safe. Why? Exaggeration. How can you have 110 out of 100. Scientific bodies should use scientific not political language,” noted Pakistani journalist and talk show host Farrukh K. Pitafi.

Indian regulators are currently weighing three additional vaccine candidates, including Russia’s Sputnik V, which has shown to be 91.4-percent effective. Ahead of approval, the Russian Direct Investment Fund (RDIF) and Indian generic pharmaceutical company Hetero agreed in November to produce more than 100 million doses of Sputnik V per year on Indian soil.