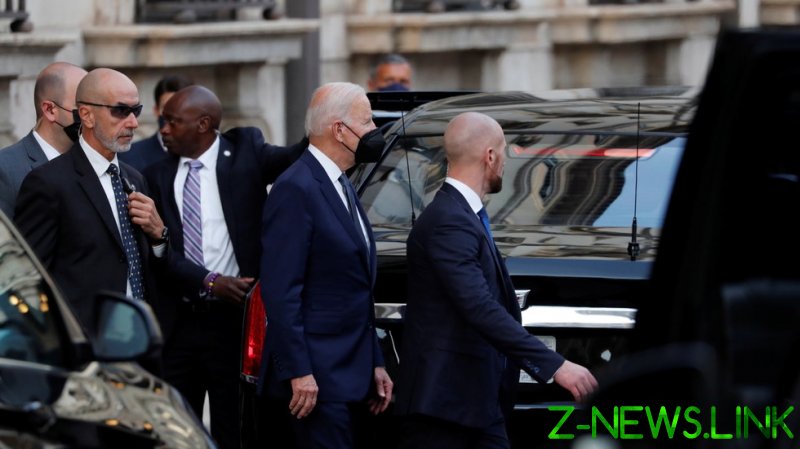 On his way to meet Pope Francis on Friday, Biden traveled with a massive motorcade, caught on camera and likely extended from his usual entourage due to a Covid-19 restriction in Italy limiting the number of passengers in each vehicle. A typical motorcade for the president includes a couple dozen vehicles, plus vehicles to block traffic.

Biden led a group of about a dozen people into his meeting, and his motorcade was filled with security details as well as press who shadow and report directly on the president. It reportedly involved 85 vehicles.

Footage of the long line of gas-guzzling vehicles moving their way through the slim streets of Rome left many confused, especially since climate change is an issue the president and the Pope so often talk about. The meeting also took place ahead of a planned climate summit in Glasgow where the president was expected to tout over $500 billion in new spending on environmental programs, which is part of his larger $1.75 trillion spending package that has been stuck in Congress negotiations.

Many critics noted the likely massive carbon footprint Biden’s trip has left, especially when the vehicles being used are not exactly environmentally friendly, including the 244-horsepower vehicle carrying the president, referred to as The Beast. Most of the vehicles are SUVs, vans, etc, typically vehicles that receive low gas mileage.

Biden met with Pope Francis for approximately 75 minutes. A planned live broadcast of the meeting was canceled shortly beforehand, though the White House said later the two discussed numerous issues, including climate change. Biden’s stop is part of a larger trip that will lead to the United Nation’s COP26 climate summit on Monday in Scotland.