Home / WORLD / Verdict aside, the embarrassing Rittenhouse trial should be a warning

Verdict aside, the embarrassing Rittenhouse trial should be a warning 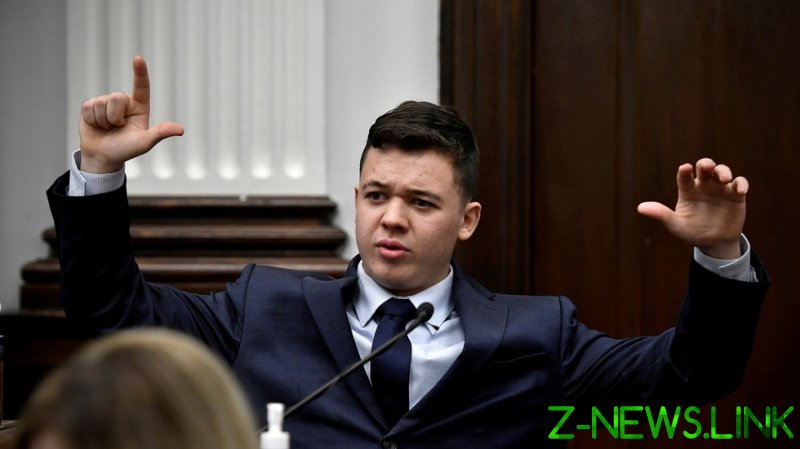 The Rittenhouse trial, irrelevant of its outcome, was an embarrassment for the Wisconsin and US justice system as a whole. It’s telling that, while this case involved two dead victims, Anthony Huber and Joseph Rosenbaum, and an 18-year-old on trial for his life, two other characters became lightning rods for controversy and attention.

Lead prosecutor Thomas Binger spent the better part of the Kenosha trial confusing Rittenhouse, Judge Bruce Schroeder, and anyone else that bothered listening to him. His arguments in the case fell apart quickly and faced heavy scrutiny from both the judge and activists, as almost nothing he said appeared to have any basis either in law or the Constitution.

While questioning Rittenhouse on the stand, Binger pulled an homage to former Fox News host Bill O’Reilly post-Columbine shooting, and went on a tear against video games, attempting to paint Rittenhouse as some first-person-shooter-obsessed incel, looking for death in Kenosha, Wisconsin in August of 2020 during a Black Lives Matter protest that had already turned violent.

The video-game argument didn’t work, so Binger then employed two very questionable tactics: First, he tried arguing that, because Rittenhouse had an AR-15 semi-automatic rifle in his possession, he arrived in Kenosha with the intent of causing harm, which is something the young man has denied, saying he was there with a medical kit to assist people who might need help.

Binger attempted to further this argument in his closing remarks by claiming that “you lose the right to self-defense when you’re the one who brought the gun.” Shocked Second Amendment activists rightly pointed out that this thinking completely undermined the very idea of self-defense.

The only way such a theory could have held any weight was if Rittenhouse had been the primary aggressor. But witness statements have backed up his recollection of events: a videographer testified that the defendant was attacked first, while Gaige Grosskreutz – one of the three who was shot, though he survived – admitted to pointing a gun at Rittenhouse before Rittenhouse pointed his gun at him. Prior to Rittenhouse firing, he was being chased by Grosskeutz, Huber, and Rosenbaum, who were attempting to get his weapon.

Binger also tried introducing numerous lower charges into the case, the most telling of which was a gun charge against Rittenhouse. The prosecution argued that the teenager had violated the law by carrying a weapon before he reached the age of 18. The actual law – which even the presiding judge admitted was confusing – is similar to that in other US states with a large hunting population. The statute acts as a ban on short-barrel rifles for minors, but still allows them to use certain rifles when they hunt.

Rittenhouse’s AR-15 was not a short-barrel weapon, and the prosecution knew this, but argued anyway that it was still against the law, even though it isn’t. Some have argued the statute creates a loophole for AR-15-style rifles, but this can be chalked up to a basic misunderstanding of guns, as well as to the contradictory state gun laws that have been pushed into existence by opposing sides, only for judges to later spend hours examining them without finding any clear legal justification.

Judge Bruce Schroeder was also the subject of heavy criticism during the trial, though the basis for it seemed to be similar to that received by Rittenhouse, with critics mostly spider-webbing negative theories derived from nonsense such as the ringtone to his phone being Lee Greenwood’s ‘God Bless the USA’.

If this all sounds ridiculous, it’s because it is. According to the law, this was a very cut-and-dry self-defense shooting, unfortunately carried out by someone who wasn’t even 18 years old at the time.

And Binger has found himself at the center of controversy so many times in recent weeks because he’s been prosecuting a case that wasn’t based on fact. Celebrities and liberal activists continue to refer to Rittenhouse as a “white supremacist” and yet absolutely nothing has been evidenced to prove this.

This entire case comes down to the fact that Rittenhouse happened to be on the wrong side. He was not on the side of rioting demonstrators, he carried an AR-15, and he played video games. This is what the prosecution used to try and prove motive. They were simply painting a picture of someone the culture at large currently shames. Binger’s arguments had no legal basis because they were merely half-hearted attempts to try to bring sense to the Twitter debates that filtered Rittenhouse’s actions and somehow determined he was a racist, intent on hunting down righteous liberal protesters.

Politics has long infected the US justice system, but the Rittenhouse trial shows it has been infected on a dangerously individual basis. Prosecutors such as Binger are arguing cases based on radical political beliefs and a deeply flawed understanding of the law fueled by those radical beliefs. No prosecutor cashing a state check every payday should be caught in a courthouse arguing that simply having a weapon means you have murderous intent, or playing video games means you fantasize about killing others.

Guilt should not be determined by politics or digital mobs, and murder trials should not be waged with the intellectual level of an emotionally driven Twitter spat. That’s what the Rittenhouse trial became, though – a cartoonish reflection of our society’s own disgusting rush towards a tribalism that will not only destroy our culture, if we let it, but also the basic legal system we should be able to rely on.

Luckily, the jury in this case saw through the political bias of a prosecution team that didn’t understand basic gun safety but felt qualified to judge a teenager for not using his “fists” – an actual argument that was made.

The next Rittenhouse may not get the chance to live his or her life, if another Binger and his corporate-media allies find themselves the ‘right’ jury – one looking for emotional, tribalist pleas to some vague, liberal, utopian cloud in the sky, instead of actual facts.