Venus Williams broke into the semi-finals of the Final tournament 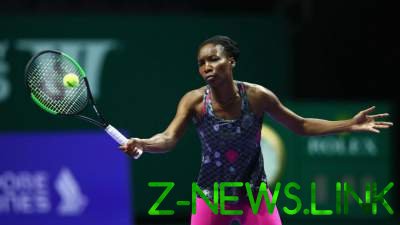 In the final match of the group stage Williams-senior for the semi-finals competed with the second racket of the world Garbine Muguruza.
The American managed to take a sure revenge for the defeat in the Wimbledon final.

According to preliminary data, in each set led to a break, however, the ending of the party remained with the opponent. In the first set, Venus took the supply the Spaniards with the score 6:5, and in
the second batch made the decisive break in the tenth game.

See also:  Canada does not let Russia into the final of the ice hockey world championship

In the second match of the White group nothing was solved – Karolina Pliskova qualified for the semi-final, and Jelena Ostapenko lost chances to continue struggle. More motivated easily beat Latvian ex-first racket of the world.

See also:  Odessa: in a residential building broke Elevator with a man

The last semifinalist of the Final tournament will be determined by the outcome of tomorrow’s matches in the red group. The place in 1/2 finals expect Simon
Halep, Caroline Garcia and Elina Svitolina.