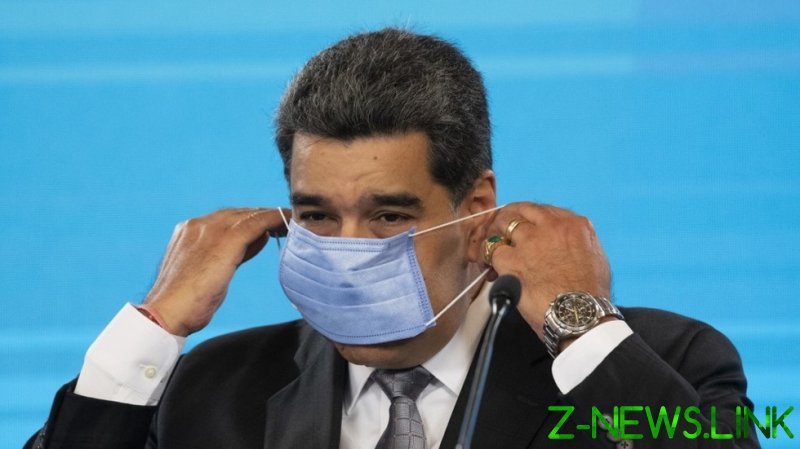 A masked Maduro took his jab in a video shared by TeleSUR on Saturday, with the network saying that Maduro received his shot after healthcare workers in the beleaguered Latin American country.

With Venezuela’s fight against Covid-19 hampered by US sanctions, a shipment of 100,000 doses of Sputnik-V arrived in Caracas from Moscow last month, to be immediately given to medical and healthcare workers.

Though Maduro’s options for sourcing vaccines elsewhere are limited, he is not the first world leader to take the Russian-made vaccine. Argentinian President Alberto Fernández personally received a dose in January, days after Italy’s ambassador in Moscow took his dose of Sputnik-V.

The vaccine is currently awaiting EU approval, after clinical trials put its efficacy at 92 percent – on par with the vaccines developed by Pfizer and AstraZeneca.

Sputnik-V was the world’s first coronavirus vaccine to be deployed, and was initially rubbished by the Western press due to its speedy development, and some hostility toward Russia. However, the shot has since won over some of its former detractors, with politicians in Germany, Italy, Ireland, and elsewhere calling for its approval. Public opinion too has shifted in favor of the Russia shot, with people in Austria, Germany and Switzerland viewing it more favorably than AstraZeneca’s offering.