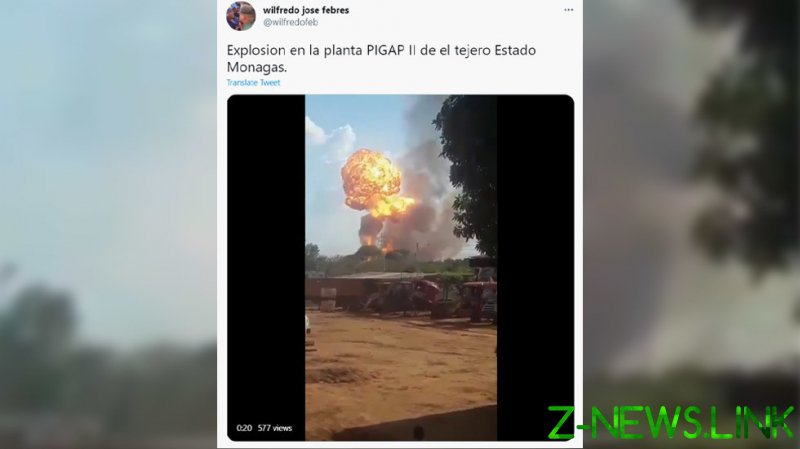 Footage reportedly filmed in the northeastern town of El Tejero shows a powerful blast and bright flames rising to the sky.

Venezuelan news website El Tiempo said the fire was so strong that firefighters were struggling to approach the site, while local farmers worried that the blaze might spread to oil facilities nearby.

“This terrorist action has affected the operations center in El Tejero that serves as a gas injection plant, and, thank God, no casualties are reported from this attack,” Petroleum Minister Tareck El Aissami said.

Venezuelan officials previously said terrorism and sabotage were the reasons behind the fires and explosions at the Amuay oil refinery in 2020 and a natural gas-filling plant in Ocumare del Tuy in 2019.

The US imposed sanctions on PDVSA in 2019 as part of its ‘maximum pressure’ campaign against the Venezuelan government led by President Nicolas Maduro, who has repeatedly claimed that Washington is plotting sabotage and a coup to oust him from power.

The White House is openly backing Maduro’s top domestic opponent, Juan Guaido, who was elected ‘interim president’ by the opposition-controlled parliament in 2019. Maduro denounced this designation as illegal.