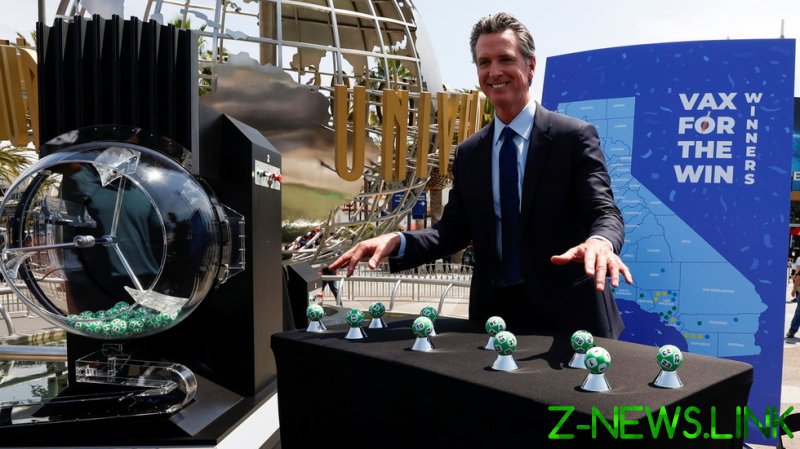 Published in the JAMA medical journal on Friday, the pre-print study by researchers at the University of Colorado Denver showed that the links between vaccine lottery announcements and inoculation rates were “very small in magnitude” and “statistically indistinguishable from zero.”

“No statistically significant association was detected between a cash-drawing announcement and the number of vaccinations before or after the announcement date, a period that included announcements of lottery winners for most lottery states,” said the study, which has yet to be peer reviewed.

While previous studies have reviewed individual lotteries, the research published on Friday looked at all 19 lottery programs collectively, comparing vaccination rates in those states before and after their announcements to other states that did not implement similar incentives.

It noted, however, that the lackluster outcomes may have been driven, in part, by “vaccine misinformation,” as well as poorly crafted “messaging” by state governments, and observed that lotteries “may be less effective than incentives that pay with certainty.”

Ohio became the first state to roll out a lottery incentive program to encourage vaccinations in May, unveiling a $1 million cash drawing for randomly selected vaccine recipients over the age of 18 and educational scholarships to those in younger age groups. Ultimately, 26 states would follow suit and attempt some type of incentive program – including Washington’s more out-there ‘Joints for Jabs’ campaign, which offered free pot to residents – with 19 implementing cash drawings.

While the Ohio state government initially touted the scheme as a resounding success, claiming it helped to boost vaccinations by 28% among Ohioans aged 16 and older, a study published in July suggested the results were overstated. The research found no evidence that the lottery was “associated with increased rates of adult Covid-19 vaccinations,” and, to the contrary, observed a greater decline in vaccination rates in Ohio compared to the rest of the country following the state’s May 12 announcement.

California attempted the country’s largest vaccine lottery to date in late May, offering $116 million in cash prizes for its “Vax for the Win” initiative, which also included free tickets to Six Flags amusement parks and other giveaways. The effort proved a major flop, with seven-day averages for first-dose vaccinations declining by 65% after it was unveiled. Similar programs in New York and West Virginia also failed to produce results despite pouring millions of dollars into prizes.

Though other states continue to claim success with their cash giveaways, the JAMA study, as well as previous research, indicate that such programs have effectively made “zero difference,” according to Andrew Friedson, one of the study’s lead authors.

“Drawings were not, by any means, an informative vaccine promotional strategy,” Friedson told Forbes. “It is highly possible that putting funds toward clear and complete messaging on vaccination would have been far more effective, such as awareness campaigns or more aggressive countermeasures against misinformation.”

Vaccinations in the US have slowly plummeted since their daily high of 3.6 million doses in April, dropping to fewer than 2 million doses per day by the following month, despite efforts by state governments to combat those trends. To date, some 66.5% of Americans aged 12 and older have been fully vaccinated, or around 188.5 million people, according to the CDC.