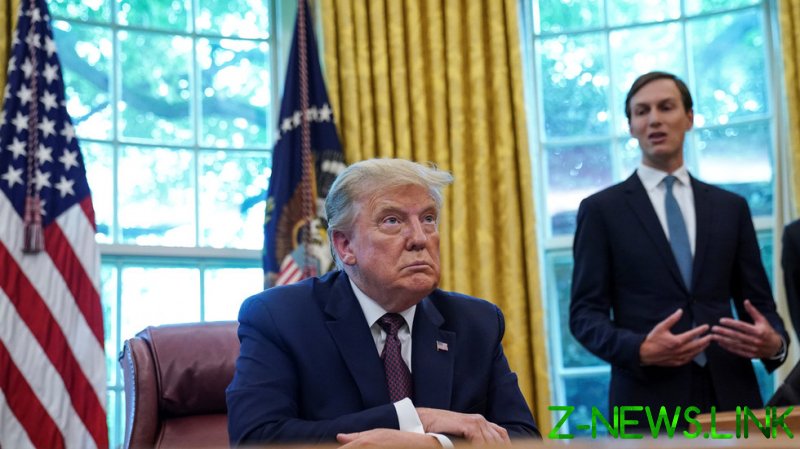 The story begins with Jared Kushner, son-in-law and adviser to the former president, who on Monday praised President Joe Biden’s handling of tensions with Iran thus far, and encouraged the Democrat to build on Trump’s “progress in the Middle East” – mainly his administration’s negotiation of diplomatic relations between Israel and a number of her former adversaries.

Vanity Fair dispatched journalist Bess Levin to tear down Kushner, in an article published later on Monday. Levin had only minor issues with Kushner’s actual work in the Middle East,  his pet policy area, and, instead, bashed him for “bungling” the Trump administration’s response to the coronavirus pandemic, making sure to call him an “overconfident moron” along the way, in an article containing more sass and snark than substance.

Scathing as it may have been, Levin’s article was restrained compared to how Vanity Fair promoted it on Twitter. “Jared Kushner, who helped his father-in-law kill 400,000 people, has some free tips for Joe Biden,” read a tweet from the magazine on Tuesday.

The phrasing, which seems to suggest Donald Trump and Jared Kushner personally infected and killed the 400,000 Americans who died with Covid-19 while the pair were in the White House, raised some eyebrows online.

“Who the hell wrote this headline?,” former Trump spokesman Jason Miller asked, adding that whoever did “should be fired immediately.”

“What a disgusting rag of a publication,” another commenter tweeted, pointing out that by the same logic, President Biden is personally responsible for the 135,000 coronavirus deaths that have occurred since Trump left office in January.

Others suggested that New York Governor Andrew Cuomo, who ordered Covid-positive patients into nursing homes last year, should be similarly held accountable for the wave of deaths that followed.

The magazine’s readership was thrilled with the headline, but podcaster and comedian Tim Young suggested that “the ‘helped his father-in-law kill 400,000 people’ statement” opens Vanity Fair up to “a pretty solid libel suit.” His sentiment was echoed by a number of commenters, one of whom wished Trump would sue Vanity Fair “into oblivion.”

Whatever grounds Trump or Kushner may have to sue the magazine, they likely won’t. Since the outbreak of the pandemic, Trump has been accused of mismanagement, mishandling, and negligence, with one article in the Atlantic last year directly accusing him of “negligent homicide.” Such pronouncements are par for the course in the partisan slugfest that is American politics, and even the nation’s leading newspapers make startling but untrue proclamations about Trump all the time, as the Washington Post admitted this week to doing in the aftermath of last year’s bitterly contested election.