Valve has announced the exact date of the release Artifact 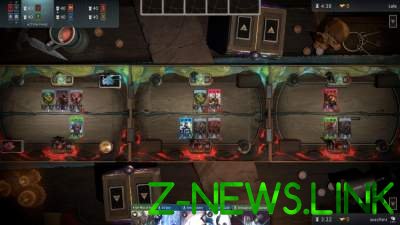 Artifact will cost $20 at the start will offer 280 cards, including 44 character.

Valve announced the exact date of release Artifact — a collectible card game in the universe of Dota 2. On personal computers the project will be available on 28 November 2018. To mobile platforms on iOS and Android, the game will arrive in 2019.

Artifact will cost $20 at the start will offer 280 cards, including 44 character. In the future, Valve plans to increase the number of cards with paid extensions. In the starter pack will include two prepared decks of 54 cards (5 heroes, 20 items, 40 other cards) and ten sets of 12 cards. Additional sets can be purchased separately for $2. Note that the card will allow you to buy on the marketplace and share them with your friends.

A playable version of Artifact, the developers have promised to bring to the conference PAX West, which will be held in Seattle from 31 August to 3 September. In early 2019, the Valve will hold the first tournament with a prize Fund of $1 million

Battle in the Artifact are held in the “1 on 1” on three boards-“lines”, each of which stands a tower. To win the match is to destroy the two towers. At the beginning of the match you will have five heroes with equipment slots and card abilities. Interestingly, after the death of the card with the hero after a while, “reborn”. The average length of one match should be about 12 minutes.