Valieva trains in Beijing as officials respond to ‘doping speculation’ 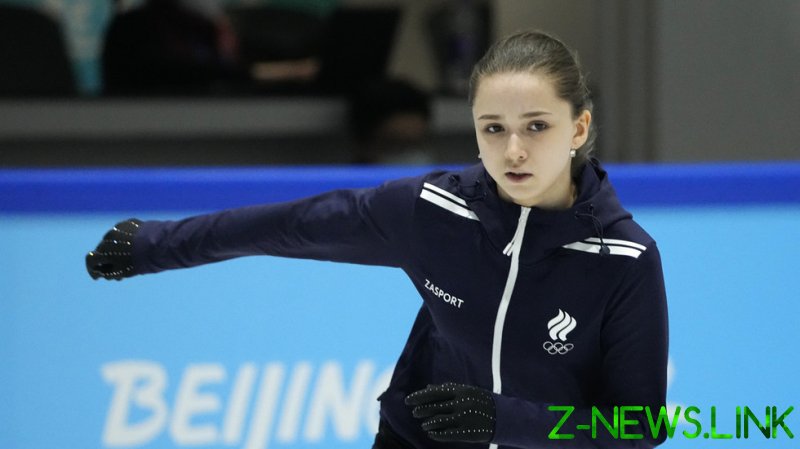 Kamila Valieva took to the ice in Beijing for training on Thursday as Russian and Olympic officials refused to comment on speculation that the 15-year-old figure skating star had failed a doping test.

Valieva was seen going through her routine at a practice rink in the Chinese capital alongside teammate Alexandra Trusova and under the supervision of coach Eteri Tutberidze.

Valieva has found herself at the center of a doping row just days after helping the Russian Olympic Committee (ROC) to the figure skating team title in Beijing.

After the medal ceremony for the event was delayed on Tuesday, reports emerged that a “legal issue” was being investigated involving a member of the Russian team.

Russian outlet RBC, citing a source, said that Valieva had tested positive for minimum traces of banned substance Trimetazidine, which is used to treat chest pain.

Some reports had claimed that Valieva – who is European and Russian champion and hotly tipped for the gold medal in the ladies’ singles event starting on Tuesday – would be suspended from the Games.

However, Russian figure skating spokeswoman Olga Ermolina denied those claims, telling journalists “she is not suspended.”

Valieva’s coach Tutberidze replied in similar fashion when asked about the situation on Thursday, saying she doesn’t deal with “gossip.” 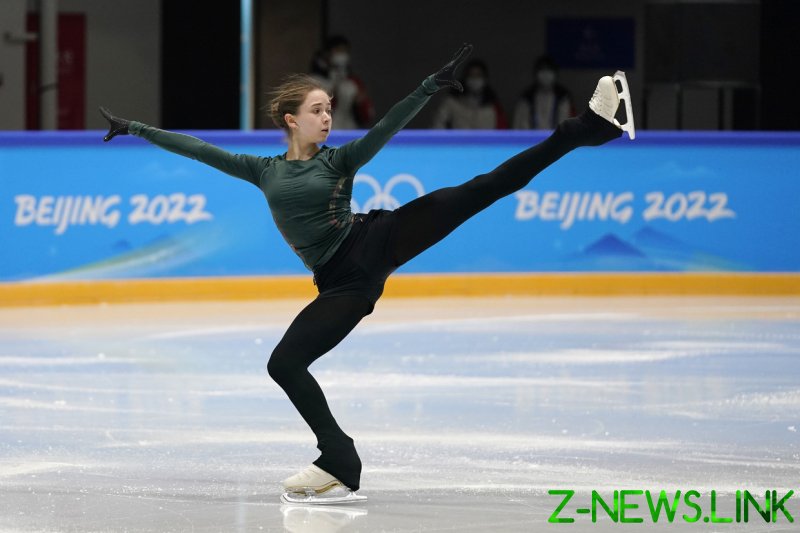 Valieva is favorite for the gold medal. © AP Photo/Jeff Roberson

In comments to the media on Thursday, IOC spokesman Mark Adams stressed that “a legal issue” was being dealt with and that anything else is merely “speculation.”

“It has legal implications and I’m not from a podium of a press conference going to comment on a legal case because it wouldn’t be appropriate,” Adams said.

“On the wider issue you – you said ‘a potential doping case’ – and that’s complete speculation, but in the general point what I would remind you is very much that the IOC delegated both testing managing and sanctioning in doping cases to ITA [International Testing Agency] and CAS [Court of Arbitration for Sport] to avoid even the appearance of conflict of interest.

“I won’t be having anything more to say on that, you can ask me many, many questions – but it’s an active legal case and I would refer you to other partners.

“There’s a legal issue going on, I can’t say anything more than that, about the award ceremony – it’s speculation. We need to wait for this case to get to some kind of conclusion,” Adams said. 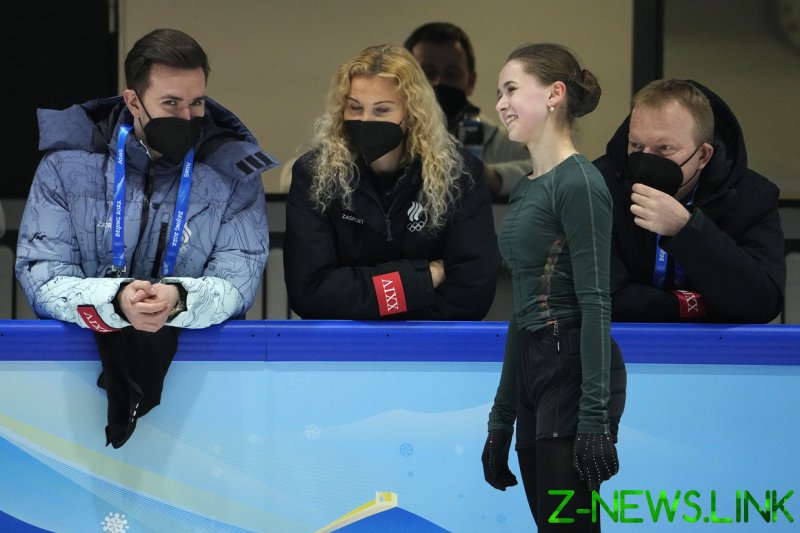 Valieva was pictured with her coaches, including Tutberidze (C) © AP Photo/Jeff Roberson

Adding to the issue surrounding the claims is Valieva’s age. According to the World Anti-Doping Agency’s (WADA) code, athletes who are involved in cases and are under the age of 18 do not have to be publicly named.

Valieva has already made history at the Beijing Games, becoming the first woman ever to land a quad jump at the Olympics when she completed her free skate routine in the team event on Monday.

Valieva is part of a trio of hotly-fancied Russian stars in Beijing, alongside teammates Trusova and Anna Shcherbakova.