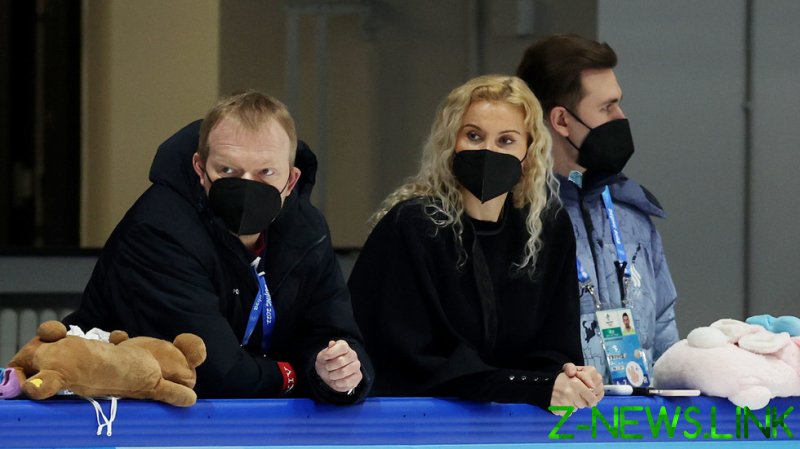 Russian figure skating coach Eteri Tutberidze says she does not doubt the innocence of Kamila Valieva, as the teenage star fights a legal battle to compete at the Beijing Olympics after a failed doping test.

Valieva, 15, is awaiting a decision on whether she will be able to appear in the ladies’ singles figure skating event in Beijing after drug testing officials confirmed a positive sample taken in December.

Valieva has already helped the Russian Olympic Committee (ROC) to figure skating gold in the team event in China, before the news of her positive doping test was confirmed on Friday.

Speaking after training on Saturday, Tutberidze said she is certain that Valieva is clean after traces of the heart drug trimetazidine were detected.

“I want to say that I’m absolutely certain Kamila is innocent and clean. For us that’s not a theory, but an axiom, it doesn’t need to be proved,” Tutberidze told the media in her first significant comments since the row erupted.

“I understand there are certain protocols which you cannot go without. We haven’t abandoned the sportswoman [Valieva] by any means, we are with our sportswomen in tough times and happy times.” 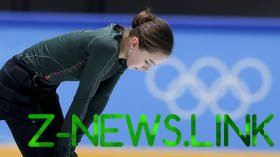 Questions remain as to why Valieva’s result was only reported this week after being taken at the Russian national championships in December and sent to a laboratory accredited by the World Anti-Doping Agency (WADA) in Stockholm, Sweden.

Russian officials have said they were told the delay was due to Covid-related reasons.

“It’s not clear why a sportswoman with a doubtful doping test from December 25 was allowed at the Olympics,” Tutberidze said.

“Either it’s a fatal set of circumstances, or it’s a well-prepared plan. I don’t know, or it’s both.

“I hope that our leadership won’t give up on us and will stand up for our rights and prove our innocence. Now our whole team is frozen in anticipation of the decision,” added Tutberidze.

“We are afraid of making any statements so as not to violate or harm the process. I don’t know who decides what, but I hope that somehow justice will prevail.”

The Russian Anti-Doping Agency (RUSADA) has announced an investigation into Valieva’s entourage, considering her status as a minor.

The renowned Tutberidze is trainer to all three of the Russian contenders in the ladies’ singles event in Beijing, with her charges Anna Shcherbakova and Alexandra Trusova also set to compete – along with Valieva being known as the ‘Quad Squad’. 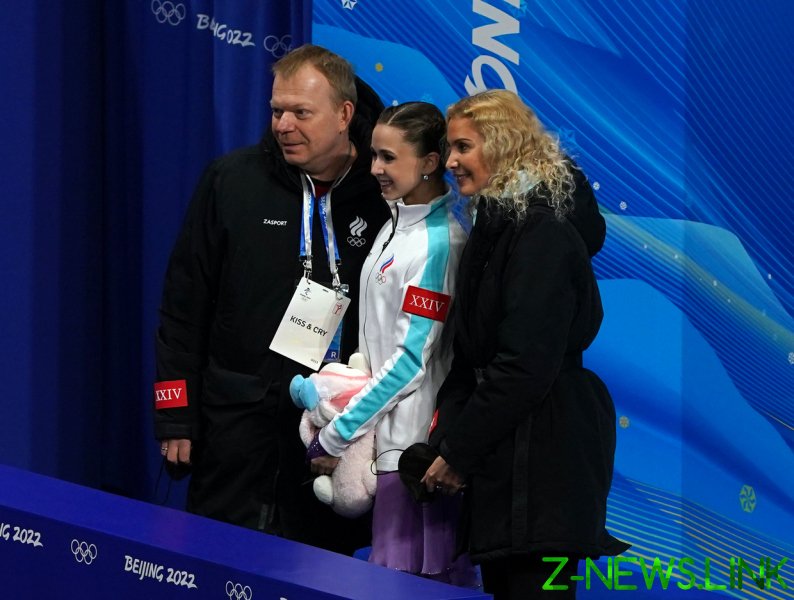 Valieva has already helped the ROC to gold in the team event in Beijing. © by Andrew Milligan/PA Images via Getty Image

The reigning Russian and European champion, Valieva is the hot favorite for gold and boasts world record scores in both the short and free-skate programs, as well as for her overall points tally.

The youngster has been cleared to train and compete in Beijing as things stand after her appeal against a provisional suspension by RUSADA was approved on Wednesday.

The International Olympic Committee (IOC), International Skating Union (ISU) and WADA are all seeking to reverse that decision and suspend Valieva in a case being heard by CAS.

A decision is expected ahead of Tuesday’s start of the women’s skating event.

In the meantime, Valieva was seen training in Beijing on Saturday, where she was applauded by some members of the media when making her way through the mixed zone. 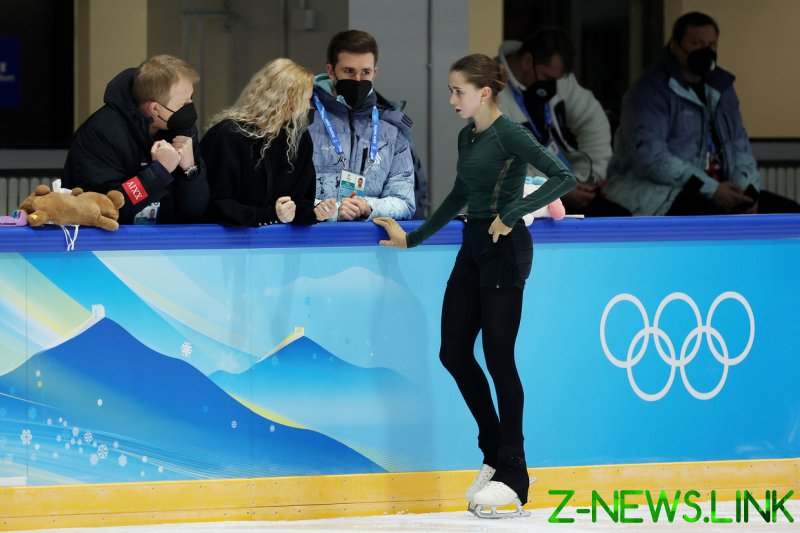 The teenager has received widespread support in her homeland – including from the Kremlin – as campaigns to show backing have sprung up on social media.

In comments on Saturday, Russian figure skating federation president Aleksandr Gorshkov reiterated that he has “no doubts” that Valieva is a clean athlete.

“This case requires a thorough investigation, because this whole wild story raises too many questions,” Gorshkov said.

“On the one hand, it is necessary to find out all the circumstances of what happened, and on the other hand, what happened with the doping sample taken on December 25 for almost a month and a half after it was sent to a foreign laboratory.

“For our part, we will provide the athlete with comprehensive assistance, qualified lawyers have been involved in this case to protect her rights and interests,” said the 75-year-old Olympic champion.

READ MORE: What we know about Valieva’s doping case