Vaccine passports will likely be needed to travel abroad, but still no plans for ‘domestic’ ID, UK transport secretary says 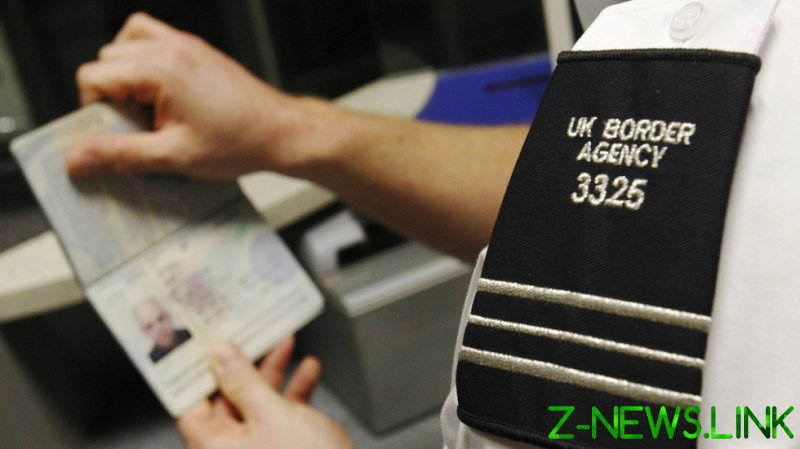 Speaking to BBC Radio 4 on Wednesday, Shapps said that he has been consulting with his counterparts in Singapore and the United States, as well as a major aviation lobbying group, about the implementation of a globally recognised certification system to verify Covid-19 vaccinations status and test results.

“I imagine that in the future there will be an international system where countries will want to know that you have been potentially vaccinated or potentially had tests taken before flying,” the transportation secretary told the BBC.

He acknowledged that there was confusion about the initiative because the UK government has repeatedly denied that it was planning “domestic passports,” which he said were “not on the cards.”

Shapps also warmed Britons against booking summer holidays, saying it is currently “illegal” to engage in non-essential travel and that it’s still unclear what kind of restrictions will be in place in the coming months. He claimed that resuming normal travel and tourism will require “everybody having their vaccinations,” adding that an “international unlock” would only be possible once other countries step up their vaccination programs.

The International Air Transport Association (IATA), a major airline lobbying group, revealed on Tuesday that it was in talks with the UK government about its ‘Travel Pass’ initiative, a mobile app that provides proof of vaccination and Covid-19 status and is currently being trialled by Etihad, Emirates, and Singapore airlines. Around 20 airlines will be testing the IATA app starting in March.

Downing Street has said on multiple occasions that it is not considering identification that shows proof of vaccination. Last month, Vaccine Deployment Minister Nadhim Zahawi said there were “absolutely no plans” for vaccine passports, amid growing concerns that Covid-related ID would be required to gain entry to restaurants, businesses and other establishments. He also said that making the vaccine mandatory was “discriminatory and completely wrong.”

The concept of a vaccine passport has been a hot button issue in the UK and elsewhere as nations grapple with how to safely reopen their borders. A petition calling for the UK government to reject the idea of issuing Covid-19 passports for international travel has garnered nearly 77,000 signatures at the time of writing. However, figures like former Prime Minister Tony Blair have argued that the proposed ID is “inevitable” and that the UK should use its role as president of the G7 to ensure that a globally recognised form of identification is adopted.