Home / WORLD / Vaccine passports? EU to reopen to American tourists this summer, but travelers must have proof of ‘APPROVED’ jabs, Brussels says

Vaccine passports? EU to reopen to American tourists this summer, but travelers must have proof of ‘APPROVED’ jabs, Brussels says 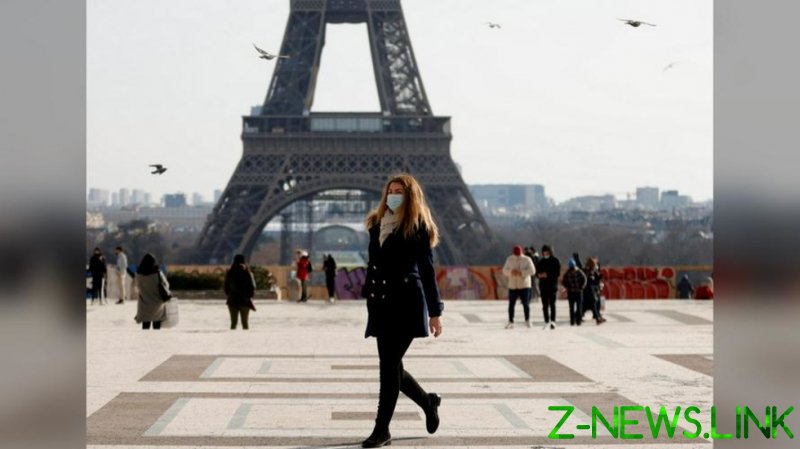 In what seems to be an indication of how lives will never return to pre-pandemic norms, the European Commission president on Sunday suggested that some sort of Covid-19 vaccination certificates will indeed be necessary for would-be travelers from the US.

“All 27 member states will accept, unconditionally, all those who are vaccinated with vaccines that are approved by EMA,” Ursula von der Leyen told the New York Times.

Travelers will have to be fully vaccinated, not just have the first jab of a two-dose inoculation, the Times’ interview clarifies. In just what form the Americans would have to present the evidence of vaccination, von der Leyen did not say, but the EU-US talks on the use of vaccine certificates – often referred to as “vaccine passports” – have been ongoing.

Luckily for some Americans, the three vaccines that have been approved for use in the US – made by Pfizer-BioNTech, Moderna and Johnson & Johnson – have also been blessed by the European Medicines Agency. The EMA has also approved AstraZeneca’s Covid-19 vaccine, which is still awaiting emergency use authorization in the US.

“The Americans, as far as I can see, use European Medicines Agency-approved vaccines… This will enable free movement and the travel to the European Union,” von der Leyen told the Times.

While the reopening of travel to Europe after more than a year of bans will come as good news to many, the vaccine passport could be a bridge too far for some to cross. Von der Leyen’s comments have provoked an instant wave of negative reaction from those not happy with what they consider a “dystopian” image of travel.

Travel writer Barbara Wayman called the requirement for proof of vaccination “tyranny,” while other social media users said the move was reminiscent of Nazi Germany demanding that people present their “papers.”

Music producer Joe Maz saw the move as part of a bigger conspiracy, tweeting, “New World Order.” Others simply crossed Europe off their travel lists. “I guess I won’t see much of Europe any more,” security policy analyst J. Michael Waller said. “It was a lovely place when it wasn’t ripping itself apart.”

The Council of Europe passed a resolution in January saying that vaccination shouldn’t be mandatory and that those who didn’t receive the Covid-19 jabs “may not be discriminated against in any way,” but the agreement was not legally binding on the EU or member states.

Von der Leyen didn’t offer a timeline for when tourism may resume. It is understood that citizens of EU countries will likely have to use their “digital green certificates” for travel within the bloc.

But EU members haven’t all been on the same page when it comes to vaccination programs, so there could also be some variance in how they vet tourists. Hungary, for example, has defied the EU by using unapproved vaccines from Russia and China to speed inoculations of its people.

Ironically, in terms of infection rates and deaths, Russia’s Sputnik V has been shown as the top performer among five jabs approved for use in Hungary, according to data released last week by Prime Minister Viktor Orban’s administration.

The possible EU inoculation mandate for tourists also shows that although US President Joe Biden’s administration has said the federal government won’t require vaccine passports, unvaccinated Americans will face discrimination from other directions, including corporations.

A handful of Republican-controlled states, starting with Florida, have taken steps to prevent what some regard as a two-tiered society by blocking businesses and governments from demanding proof of vaccination.