Home / WORLD / Vaccine nationalism? We can be accused of vaccine INTERNATIONALISM, EU commissioner says amid row over deliveries

Vaccine nationalism? We can be accused of vaccine INTERNATIONALISM, EU commissioner says amid row over deliveries 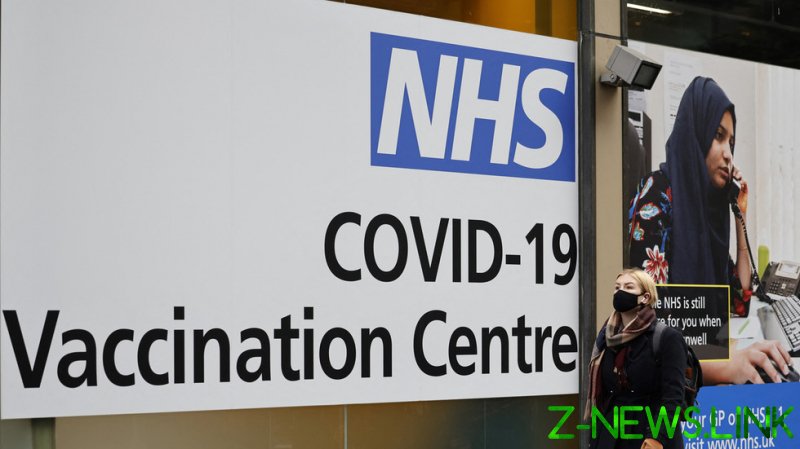 The BBC’s Andrew Marr asked European Commissioner for Financial Stability Mairead McGuinness whether Brussels is serious in its threats to block vaccine exports to Britain.

At the same time, the McGuinness said that “everything is on the table,” confirming that European leaders soon will discuss the state of the vaccine rollout and “perhaps make decisions.”

McGuinness stressed there must be a hard and honest look at the current system of vaccine distribution. “We do need a global view of where vaccines are being produced and, indeed, [of] the actual supply chain of the various raw materials that go into the vaccine,” she said. “We’ve been open and transparent, and we invite other stakeholders globally to do the same.”

The official made her comment a day after European Commission chief Ursula von der Leyen once again threatened to ban British-Swedish firm AstraZeneca from exporting its vaccine outside of the EU. The company was contracted by Brussels to supply Covid-19 vaccine across the bloc’s member states, but it is now failing to meet the agreed numbers.

“That is the message to AstraZeneca: You fulfill your contract with Europe before you start delivering to other countries,” von der Leyen told newspapers from the German Funke Media Group.

Von der Leyen’s strong stance has baffled London. UK Foreign Secretary Dominic Raab told Reuters that such threats go against the assurances the EU provided to Britain. “Frankly, I’m surprised we’re having this conversation,” he said, adding that European countries should not be fighting in a middle of a pandemic.

A spokesperson for British Prime Minister Boris Johnson also urged the EU to “stand by its commitment” not to restrict exports of vaccines.

Brussels’ discontent over the pace of vaccination grew after AstraZeneca announced plans to reduce the shipment of vaccines, citing problems at its manufacturing site. Pfizer also said that it would delay some of its delivery in January due to manufacturing issues, and promised to ramp up production in late February and in March.

Austrian Chancellor Sebastian Kurz criticized what he said were vaccine deals made behind closed doors. “There is said to have been a bazaar where additional contracts between member states and pharmaceutical companies are said to have existed,” Kurz said this month, calling for more transparency in vaccine distribution.

Some Eastern European countries have been insisting that the EU vaccine rollout was too slow, so they had to look for options elsewhere. Slovakia received the first shipment of Russia’s Sputnik V vaccine in early March, while Hungary began using Sputnik and the vaccine developed by Chinese firm Sinopharm in February.