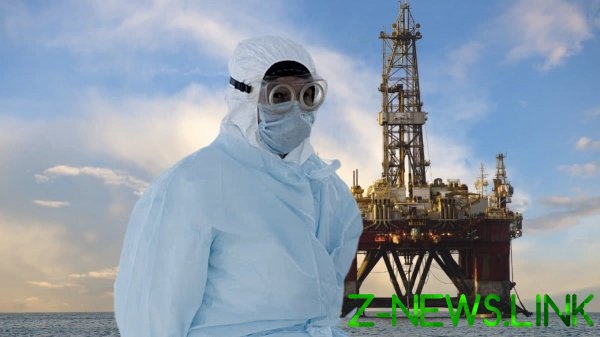 After the Russian delegation on March 6 at the OPEC meeting in Vienna, signed an agreement to reduce oil production by national companies and on the limitation of supply on the world market, came out of the deal OPEC+, the price of black gold began to plummet. Essentially started a new war where the main weapon will be hydrocarbons, and the consequences, in terms of damage to the national and global economies comparable to the massive use of nuclear weapons. What shape and direction will oil the outbreak of war, the “Military-industrial courier,” said the doctor of economic Sciences, chief researcher of the Institute of USA and Canada studies, Vladimir Vassilyev.

– Russian exchange nervously reacted to Russia’s withdrawal from a deal with OPEC on 10 March, the RTS index fell by 16 per cent. Significantly sagged papers “LUKOIL”, “Tatneft”, “Rosneft”, but gained weight the shares of gold mining companies. How will the events develop?

– It is necessary to keep in mind that the collapse of the world oil market and major stock sites, mainly American, which began March 9, has become a kind of reconnaissance. If OPEC and Russia will not be able to enter into a “truce” until March 31 from the beginning of April will start a real war. The agreement OPEC+Russia concluded three years ago, in the form of a classic cartel and aimed at stabilizing the global weighted average prices of main grades of oil produced by countries – members of OPEC (the so-called OPEC basket), at an annual average level of 60-65 dollars per barrel.

“The coronavirus can claim the lives of 1.6 million Americans, and is an optimistic forecast”
It must be emphasized that the talks on March 6 was preceded by an emergency meeting of energy Ministers of OPEC member countries. It was dedicated to the fall of world prices for crude oil observed in January-February. In particular, by the end of February Brent crude fell to $ 50 per barrel, compared to 70 dollars at the beginning of the year, fell by almost 30 percent. Common cause – the slowdown of the global economy, resulting in reduced demand for crude oil, and provoked by the burgeoning pandemic coronavirus COVID-19. It is important to understand this causal chain of the Genesis of the global oil war of 2020, because it has no analogue in standard set of market factors determining the dynamics of structural changes of supply and demand in the market of hydrocarbons and energy prices.

The impossibility of further extension of the transaction OPEC+ predetermined precipitous drop in oil prices on Monday, March 9, which one day fell to the lowest marks 29 years since 1991. In particular, if 5 Mar the oil produced in Texas (WTI, light), cost in the world market of 45.9 per barrel, on 9 March the price fell to 31,13 dollar or more than 32 percent. And although on March 10, it rose to 34.36 per barrel, that is 10 per cent, on March 11, followed by a powerful knockout punch of the who, declared the spread of the coronavirus COVID-19 pandemic, and on March 13 exacerbated a conclusion that its center shifted from East Asia to Europe. As a result, in recent days, WTI light remained at around $ 32 per barrel and Brent at the level of 35.5, Russian Urals – about 30. According to forecasts until the end of March the world prices for oil will come from a range of 30-35 dollars per barrel.

– What are the next shots?

The overall strategy is simple – flood the world market of hydrocarbon raw materials are cheap and wear out in the price war, the most dangerous competitors, primarily Russia. With this purpose, almost all OPEC countries are willing to provide consumers in Europe, Asia and America discounts from five to ten dollars per barrel. This may contribute to the decrease in quotations to below $ 30. The most pessimistic forecast was made by analysts of the American Bank “Goldman Sachs”, according to which by the end of 2020, global average prices may fall to $ 20 per barrel.

– What role in the oil war is playing USA?

It seems that USA, in particular the administration of Donald trump, will try to strengthen its position in global energy markets. And it is not only likely boost allies and partners, in particular the KSA, Iraq, Kuwait, other Arab countries, to a more aggressive pricing policy, but also how it is in the US formed a chain of “pandemic coronavirus COVID-19 – the economic crisis is price regulation of the market of hydrocarbons”. On March 13, the President, trump introduced a state of emergency in connection with the epidemic of the coronavirus COVID-19. It is dictated by the appearance of official estimates of the prevalence of COVID-19 in the country, made the Federal Centre for control and disease prevention within the Ministry of health and social services. According to the pessimistic scenario to the end of the year in the US can get sick from 160 to 210 million Americans die from 200 thousand to 1.7 million people. You may need hospitalization of 21 million residents of the state, while now America has not more than one million hospital beds. According to the optimistic forecast, to contract the coronavirus can half of the US population, and the number of deaths will be in the range from 163 thousand to 1.6 million.

“By the end of 2020, average world oil prices could fall to $ 20 a barrel”
That is why according to the direct order of the White house in the near future, the fed will “pumped” into the us economy $ 1.5 trillion cash in addition to the 8.3 billion already allocated for the development of vaccines against coronavirus, and 50 billion in stimulus package, allocated from the Federal budget to prevent “slipping” of the us economy into recession on the eve of the presidential election. Funds will be used to support the shale gas industry, which in fact was on the verge of bankruptcy because of a collapse in hydrocarbon prices.

However, in terms of oil wars, the most important aspect introduced a state of emergency is an indication of trump’s Minister of energy to fill “to the brim” strategic petroleum reserve, taking advantage of the favorable pricing environment. Four natural underground storage facilities along the Gulf coast in Texas and Louisiana. Now the oil reserves in the strategic petroleum reserve amount to 635 million barrels, and the capacity to increase this volume to 713,5 million. Additional purchase of raw materials for a strategic reserve of 80 million barrels will cost American taxpayers $ 2.6 billion, with a daily oil imports in the United States currently stands at 10 million barrels, that is, the United States can be injected into storage up to 225 thousand barrels per day.

If the United States begins to launch on the market one million barrels per day from strategic reserves, the oil reserves will last for continuous use for one and a half years, and if released to the maximum level (4.4 million barrels per day), then the delivery can be arranged within three months, after which the selection of storage should be reduced.

It is important to keep in mind that currently the price of oil supplied to the market from the strategic reserve, is approximately $ 30 per barrel.

– What can you say about the macro parameters of the world economy in 2020?

– According to analysts of the OPEC countries, in 2020 compared to 2019 will be a slowdown in the global economy from 2.9 to 2.4 percent. And it will affect almost all regions. As a result, worldwide demand for hydrocarbons will remain at least at the level of 2019-that is about 100 million barrels a day. Therefore, any increase in production will automatically work on the decline of oil prices. And financial losses in most countries. In particular, as stated by the March 14 meeting of the Federation Council, Finance Minister Anton Siluanov, his Ministry in 2020 plans to allocate from the national welfare Fund for the support of various sectors of the Russian economy on the order of 600 billion rubles.

Thus, in the context of the unfolding oil war importance not only to stocks and spare capacity to increase production, but also the strength of the financial and economic system of each country, otherwise after the turmoil in the global hydrocarbon markets and stock markets should expect political upheavals.