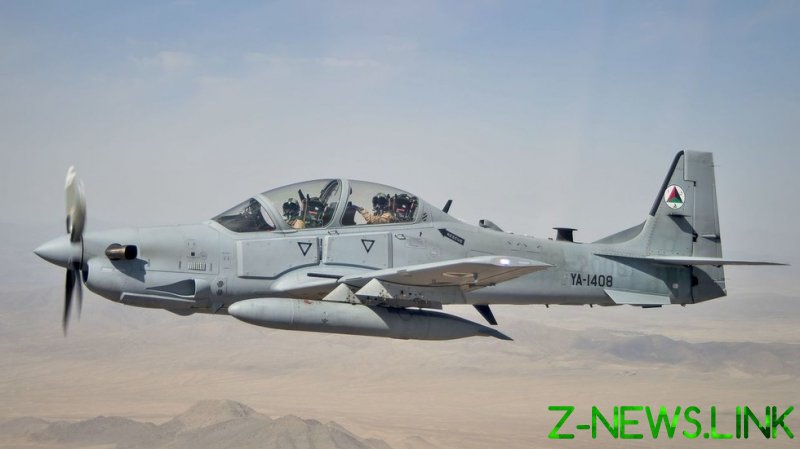 Uzbekistan had to force-land as many as 46 Afghan military aircraft on Saturday and Sunday, the nation’s Prosecutor General’s Office said in a statement on Monday. A total of 22 military planes and 24 military helicopters were landed at Termez Airport, in southern Uzbekistan, the statement added.

Over 700 Afghan soldiers arrived in Uzbekistan – which is located to the north of Afghanistan – on board an aircraft, and 158 soldiers and civilians arrived on foot, having crossed the Amu Darya River separating the two nations, the officials said. Those who arrived on foot have been accused of illegally entering Uzbek territory, RIA news agency reported, citing the Uzbek prosecutors.

An Afghan Air Force Embraer 314 aircraft crashed in Uzbekistan, having collided with the Uzbek Air Force MiG-29 fighter sent to escort it to an airfield, the officials confirmed. The pilots of both jets ejected and were hospitalized in a serious condition, according to local medics.

Earlier, the Uzbek Defense Ministry told RIA-Novosti that an aircraft supposedly carrying fleeing Afghan military personnel had been shot down by Uzbekistan’s air-defense system after it crossed into the neighboring nation’s airspace. It was not immediately clear if the statement referred to a separate or the same incident.

The mass exodus of soldiers and civilians was sparked by a sweeping offensive launched by the Taliban militants in the wake of the US withdrawal. Washington announced it would withdraw its troops from Afghanistan by the anniversary of the September 11 attacks next month.

The speed with which the militants assumed control of vast swaths of the country after the departure of American troops and contractors appears to have come as a surprise for the US, its allies, and the US-backed Afghan government.

Senior government figures and foreign diplomatic personnel fled the country en masse over the weekend. The ousted president, Ashraf Ghani, was among those who departed on Sunday. According to the Russian Embassy in Afghanistan, Ghani arrived at the airport with several cars laden with cash and valuables.