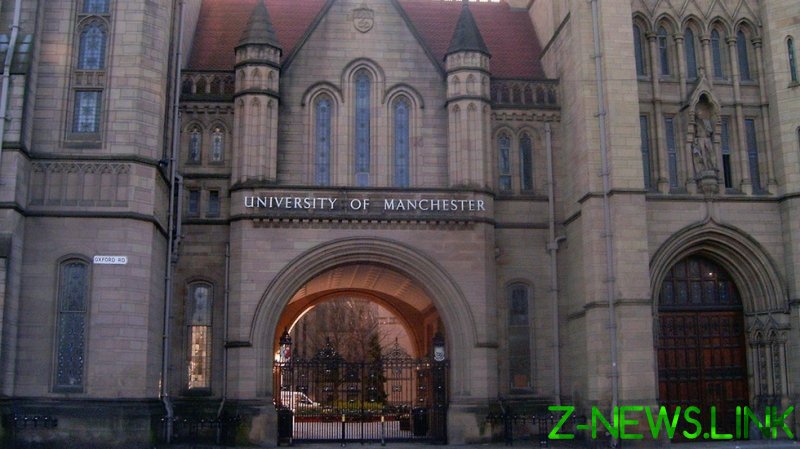 Manchester University released its new guide for “inclusive language” on Wednesday, but the document started to gain traction after being covered by the Spectator’s Steerpike column.

In its guide, the university declared that gendered language should be replaced to avoid offense, with “they/their/them” being used instead of “he/she,” and the words “man” and “woman” being replaced with “person” or “individual.”

One of the suggestions sparked a wave of controversy, as the university advised that “mother” and “father” should be replaced with “parent or guardian.”

Brits on social media mocked the new rules, calling them “utter madness and stupidity,”“ridiculous,” and “a load of nonsense.”

“There was a time I was proud to be from such a progressive, cool city…” reacted one woman, while another commented, “This has to stop now. This is violating our very existence. I am a mother no matter what this crazy system is trying to prove.”

Others compared the rules to the Chinese Communist Cultural Revolution and questioned whether Mother’s Day would now be called Guardian’s Day, with people buying copies of the liberal newspaper the Guardian “instead of flowers for our mums.”

“Other than a tiny number of extreme activists, who is actually offended by gendered language or words like ‘elderly’ & ‘youngsters’?”asked the Campaign for Common Sense. “Treat people like grown-ups & leave them to figure out how to talk with one another. It’s served us well for millennia…”

The re-evaluation of common language has become increasingly common in UK institutions, with the National Health Service (NHS) instructing its maternity staff last month to use the terms ‘birthing parent’ instead of ‘mother’ and ‘human milk’ instead of ‘breast milk’.