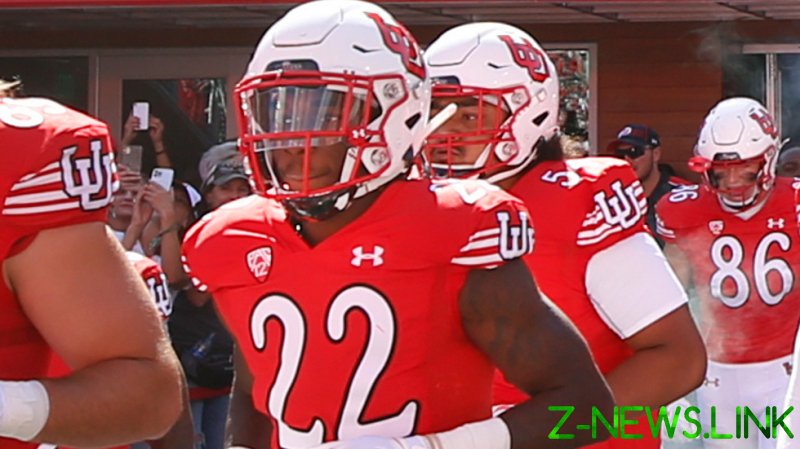 Salt Lake Police announced on Sunday that highly-rated defensive player Lowe was one of two people shot at around midnight local time while he was celebrating his team’s 24-13 against the Cougars on Saturday.

Lowe was pronounced dead soon afterwards while the other victim, an adult female, is understood to be in critical condition.

No arrests have yet been made yet over the incident, which took place in the Sugar House area.

“These investigations are complex. Our detectives have been hard at work trying to identify the suspect or suspects in this case,” said Salt Lake City Police Chief Mike Brown of the investigation.

The Mesquite, Texas native was a prominent defensive back for the Utah Utes after he was recruited to the famous college football program as one of the top-rated safety prospects in the United States before he converted to cornerback.

He had appeared in each of the Utes’ first four games of the season – and Utah head coach Kyle Whittingham said that Lowe’s absence will be sorely felt.

“We are devastated to hear about the passing of Aaron Lowe. Our thoughts and prayers are with Aaron’s family and friends, along with the other individual who was harmed in this tragic incident,” said Whittingham in a statement.

“Aaron was a great teammate, friend, brother and son and was loved by anyone who crossed paths with him. He will be deeply missed.”

Spencer Cox, the Republican governor of Utah, has also spoken of his sorrow at Lowe’s passing. “[We] mourn with our [University of Utah] family and friends at the tragic passing of Aaron Lowe this morning,” he said. “Our prayers are with his family at this terribly difficult time.”

Lowe’s passing comes just months after he was named as the recipient of Utah’s Ty Jordan Memorial Scholarship, which is awarded to a player who embodies a spirit of “work ethic, positivity and perseverance through adversity“.

The scholarship was named after former Utah running back Jordan, who was killed on Christmas Day 2020 at the age of 19 in what police called an accidental shooting.

Both Lowe and Jordan attended West Mesquite High School in Texas and Lowe had changed his shirt number to ’22’ this season in honor of his former teammate.