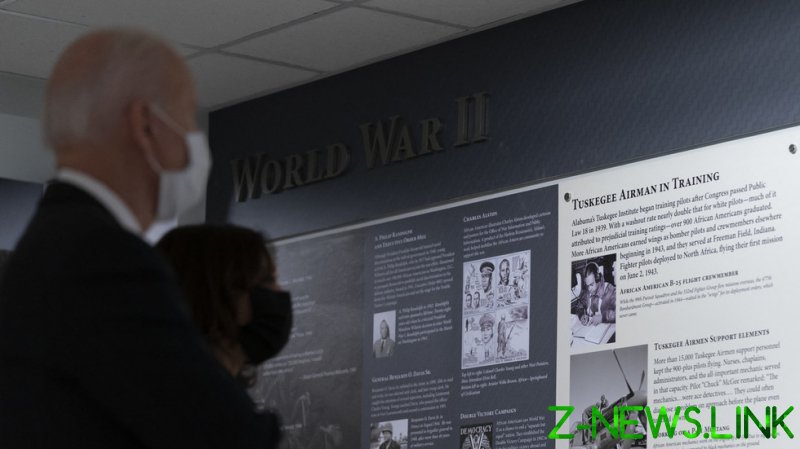 Most people have come to expect Joe Biden to bumble around a bit. His first couple hundred days in office have been him bumbling through the White House, bumbling across Europe, and bumbling a good chunk of his speeches. Today was a pretty egregious example of such a bumbling speech, because some of the statements that Biden had made went far beyond the goofy incoherence we have come to expect from the president.

I’m not quite sure who among Joe Biden’s advisors told him that it was a good idea to use the term “Latinx,” but he may want to fire them. “Latinx” is a term pushed by the progressive Left to attempt to be transgender sensitive, but it’s not popular among the Latino community. Less than a quarter of Hispanics (the community’s preferred term) have even heard of it, and it’s only been used by three percent of them. Going on to inadvertently implying that most Hispanic Americans were there illegally by suggesting that they don’t want to get vaccinated because they might get deported afterwards wasn’t a very good look either.

He also might want to take a bit of time to read a history book from around the time he was a junior senator to understand the difference between the Tuskegee Airmen and the Tuskegee syphilis experiments.

“There’s a reason why it’s been harder to get African Americans, initially, to get vaccinated,” Biden said. “Because they’re used to being experimented on – Tuskegee Airmen and others. People have memories. People have long memories.”

The Tuskegee experiments are a blight upon the history of the CDC, and one of many primary examples of why big government and the United States just don’t mix. The Tuskegee Airmen, however, were legendary pilots during World War II who shattered racial barriers and are considered war heroes. It goes without saying that the two aren’t related, and I doubt the legacy of the Tuskegee Airmen has ever stopped somebody from undergoing any medical procedure.

The element of Joe Biden that I have always found interesting is that it often feels like he says the quiet part of the progressive agenda out loud. He’s made several racially insensitive comments, each one more embarrassing than the last. Although I’m not convinced he’ll ever top asking black broadcaster Errol Barnett about taking a cocaine test after he asked then candidate Biden if he’d taken a cognitive test.

But when you think back to those comments, it shows what many progressives think about minorities, but dare not say. His sentiment of, “if you don’t vote for me, you ain’t black” seems to be pretty common on the Left. That somehow if you don’t vote for Democrats, you’re some sort of a race traitor. The same sentiment comes across with acting as if deportation is a major factor in Hispanic vaccine hesitancy. Why on Earth would a law-abiding Latino citizen be worried about deportation? Personally, I don’t have such a low opinion of the Latino community to think that they’re all cowering in fear of the INS like it’s Baba Yaga.

This patrician soft bigotry is often grating for minorities in the United States, and these opinions are regularly cited by minority Americans who end up becoming Republican. The fact of the matter is that many Americans are sick and tired of having their intelligence insulted. Whether it’s speeches like these or attempting to shove critical race theory down people’s throats, ultimately there will be a backlash.

Once it does happen, it will be sudden, swift, and not something anyone predicted on the Left because for some reason they were convinced that they could pander to people forever.